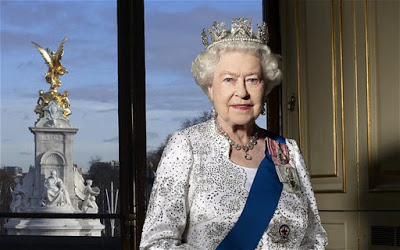 EDINBURGH, United Kingdom – She has ruled United Kingdom for 63 years and 7 months. Queen Elizabeth II has now become the longest reigning monarch in the U.K., besting her great-great-grandmother, Queen Victoria.

But why do so many people in Britain not care for a monarchy anymore?

For hundreds of years, the countries of UK have been overruled by a king or queen. In this modern age, many believe democracy should rule and we should vote for a public figure, similar to how citizens in the United States vote for a president.

Others question how someone can have unlimited power and wealth when they have only been born into the right family. Is it
really fair?
Another factor to consider is whether the monarch actually is a benefit to our country, a hindrance, or if it makes any difference at all. Although Queen Elizabeth has made many public appearances and supports charities, according to the Civil List, she receives £12.2 million. She owns six houses across the UK, not including the residences given to other members of the monarchy.
The queen’s reaction to the sudden death of the beautiful Princess Diana in 1997 rocked her royal reputation a little when the queen did not travel to London as quickly as expected to pay
her respects. It’s not clear whether this had a lasting effect on her image.
Personally, I am a historian and I love kings and queens. But at the same time, I am interested in politics and I do agree that times are changing.
It’s important to realize, though, that 63 years is a long time and a huge achievement. As a country, we should celebrate this momentous occasion.
Felicity Rodger is a Reporter for Youth Journalism International.
***
Your tax-deductible contribution can help support Felicity
and other students at this nonprofit at
www.HelpYJI.org