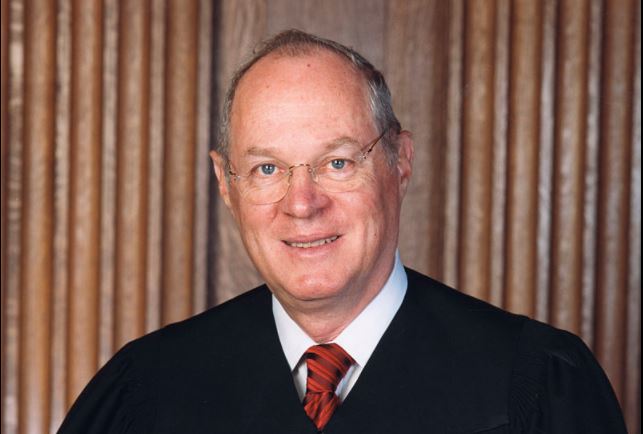 U.S. Supreme Court Justice Anthony Kennedy,who wrote the majority opinion declaring that gay Americans can marry.
WEST HARTFORD, Connecticut, U.S.A. – Today is a day that has been long awaited in America, and one that will be long be remembered in history books as one where the United States truly lived up to its promise of freedom and equality.

In a ruling announced today, the U.S. Supreme Court ruled 5-4 in favor of reversing the judgment of the Court of Appeals for the Sixth Circuit, making same-sex marriage legal in every state.
Supreme Court Justices Sonia Sotomayor, Elena Kagan, Ruth Bader Ginsburg, Stephen Breyer and Anthony Kennedy were the majority that ruled in favor of legalizing same-sex marriage.
In the majority opinion, Kennedy stated, “Under the Constitution, same-sex couples seek in marriage the same legal treatment as opposite-sex couples, and it would disparage their choices and diminish their personhood to deny them this right.”
This is a huge victory for activists who have been fighting for these rights.
People everywhere are celebrating, taking to social media with the hashtags LoveWins and EqualityForward.
Of course, there are those who disagree with the ruling.
In Justice John Robert’s dissent, he wrote that the ruling had nothing to do with the Constitution, and that for “those who believe in a government of laws, not of men, the majority’s approach is deeply disheartening.”
Roberts continued, saying that “stealing this issue from the people will for many cast a cloud over same-sex marriage, making a dramatic social change that much more difficult to accept.”
On the contrary, it seems very clear that for many, the legalization of same-sex marriage is a sign of encouragement for many people that lesbian, gay, bisexual and transgender Americans may finally be able to achieve equality.
However, even as we celebrate, it’s important that we recognize that the fight for equal rights is not over. Gay rights took a great stride today, and while the legalization of same-sex marriage is a huge victory, there is still a long way to go.
Many states, like Indiana, still don’t have legislation banning companies from discriminating based on sexual orientation, while states like Louisiana have laws preventing the advocacy or discussion of homosexuality in sex education.
This kind of legislation threatens the equality that this country is beginning to reach.
The United States has shown once again today that this is a country full of people who are dedicated to fighting for justice.
Hopefully, it is a country that can continue to show that through its support for more legislation that supports equal rights for all people.
Mugdha Gurram is a Senior Reporter for Youth Journalism International.
***
Your tax-deductible contribution can help support Mugdha Gurram
and other students at this nonprofit at
www.HelpYJI.org