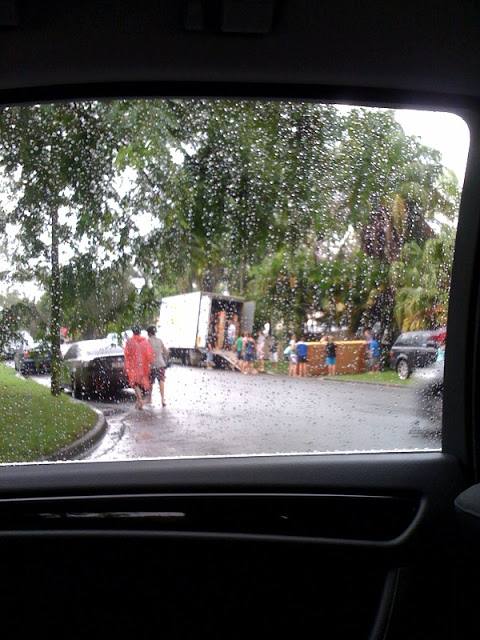 By Nancy Hsu
Reporter
Youth Journalism International
BRISBANE, Queensland, Australia –  As rising floodwaters claim lives in Queensland, Australians are struggling to cope as citizens are forced to evacuate to escape the floods.
“For many days now Queenslanders have been battling with flood waters and the misery that flood waters bring,” said Prime Minister Julia Gillard in a nationwide press conference. “I’m sure that many Queenslanders and Australians right around the nation would have been hoping that the worst of this was behind us and that we were shortly to move from the immediate crisis into a recovery phase. Tragically that hasn’t occurred.”
Gillard said the nation is grieving the loss of eight citizens – four of them children – with 72 Australians missing.
Since the prime minister spoke with the press Tuesday afternoon, some televised reports have put the death toll at 10, with 78 unaccounted for.
“In Queensland and around the nation there are people who are frightened, people who are desperately waiting for news of their loved ones, a weight that would be bearing so heavily on them, it’s very hard to imagine what a weight like that is like,” said Gillard.
“So to those people who are bereaved, to those who are now waiting for news of their loved ones, I want to say to them, as prime minister my thoughts and my sympathies are with you, the thoughts and sympathies of all Australians are with you in these dreadful and difficult circumstances.”
Queensland Premier Anna Bligh briefed the people of Queensland on Tuesday morning.
“This has been a night of extraordinary events,” Bligh said. “We’ve seen acts of extraordinary bravery and courage from our emergency workers.”
Bligh says there is no doubt that the state is facing a very different sort of disaster.
“What it is doing is testing our emergency response and it will test us as communities and as people,” she said.
But Bligh did her best to reassure citizens of Queensland.
The weather “might be breaking our hearts at the moment, but it will not break our will,” she said. “What we have out there on the front line are some of the best trained people in Australia. And they are going to protect these communities and we are going to make sure that we keep everybody that we can as safe as humanly possible.”