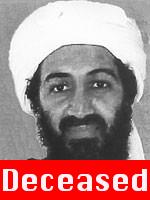 By Waleed Tariq
Junior Reporter
Youth Journalism International
KARACHI, Pakistan – While the death of Al Qaeda chief Osama bin Laden in Pakistan Sunday is a positive development in the fight against terrorism, Pakistani youth are rightfully guarded in their response.

While some view it optimistically, others are worried that world leaders could start blaming Pakistan for protecting terrorist camps in the country.
The revelation about bin Laden sheltering inside Pakistan is likely to build up pressure on Islamabad.
Today’s progress is a great symbolic victory against terrorism. Even if bin Laden’s actual role had become figurative rather than operational, this is a huge breakthrough in the war on terror.
It is something that will have huge implications for Pakistan and for Pakistan – U.S. relations in the near future.
Bin Laden, a 54-year-old native of Saudi Arabia, had been leading Al Qaeda in a self-declared holy war against the United States.
At least since he led the Sept. 11, 2001 terrorist attacks, the U.S. has made killing or capturing bin Laden a military priority.
President Barack Obama announced late Sunday that American troops, under the direction of the Central Intelligence Agency, had killed bin Laden in a raid on a luxury compound in Abbotabad earlier that day.
The mansion where bin Laden was found hiding is near a Pakistani military training academy.
Some of the news emerging about bin Laden’s hiding spot could make it difficult for Pakistan and problems could arise.
Pakistan’s arch-rival, India, was quick to comment.
The death of the Al Qaeda chief underlines India’s “concern that terrorists belonging to different organizations find sanctuary in Pakistan,”said Indian Home Minister Palaniappan Chidambaram in a statement to news media.
Although the road to defeat terrorism is long and many miles still need to be covered, this is nevertheless an extremely significant development.
Sarmad Lashary, a student at SZABIST university in Karachi said the Pakistani military is doing its part.
“We kill terrorists, we don’t protect them,” said Lashary. “We are not just fighting for Pakistan but for global peace and justice.”