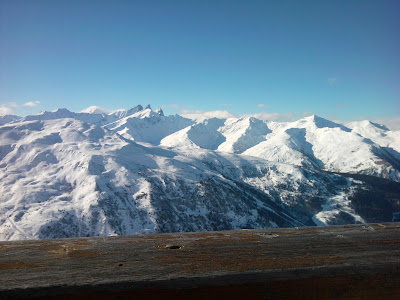 By Robert Mooney
Junior Reporter
Youth Journalism International
VALMENIER, France – The tiny village of Valmenier in the French Alps is a popular skiing spot, but you can have fun there even if you don’t take to the slopes.
This winter, I visited Valmenier – a village of about 500 people at the bottom of Mont Thabor, not far from border between France and Italy – to celebrate my birthday.
It’s not a problem if you aren’t a skier at Snowcoach, the resort where I stayed. There is a cinema, a bowling alley and an ice rink. There is also a local convenience store nearby.
At first look it looks good.
Once you are settled in, the resort’s evening meal starts about 7:30 p.m. and later at 9:30, there’s a welcome talk introducing the staff and the activities.
On other nights there are games to play and quizzes to do. There are other places to eat nearby, but you have to pay separately for those.
If you want to ski or snowboard you need lift passes. Other activities, not all of them provided by the resort, are walking, flying microlites and photography.
I managed to get some good photographs while I was there. One drawback from the panorama is a big multi-story car park down the road which obstructs the view of anything ahead of it.
The only Snowcoach activity we took part in was snowshoeing. It’s a lot of fun, but quite challenging at times. I slipped more than three times.
Snowshoeing takes a long time but is worth it, and the views are spectacular.
As far as the activities in the hotel go, apart from just relaxing or doing the quizzes at night, there isn’t much to do. There’s a Wi-Fi connection, but it is very dodgy and doesn’t work most of the time, perhaps because of the number of guests using it.
At the top of the mountain is a restaurant called Le Panoramic which has good food and again, terrific views. But it’s quite expensive, so we went just once.
There are two DJs doing music up there, but every time I went past the speakers I had to cover my ears because it was so loud.
There are many things to do, but I found that that I was also happy occupying myself in my room. The only real problem was that because of the heat from the showers and other parts of the hotel, the fire alarm went off quite a lot. After a while, people began to ignore it. Clearly, the trouble with that is if there was a real fire, guests could be in danger.
Overall Snowcoach and  Valmeinier are good, but safety issues do need to be pointed out.
I enjoyed my stay at the hotel and maybe if I knew how to ski I would have enjoyed it more. I had a great time and I hope if you go there in the future, you will, too.
********
Youth Journalism International’s annual journalism contest is underway.
See www.YouthJournalism.org for details.