NEW DELHI, India – Harry Potter and the Deathly Hallows Par 2, the second installment of the film of the final book of the series by J.K. Rowling, manages to portray beautifully every emotion and situation.
Director David Yates also succeeds in the 3D version to make the 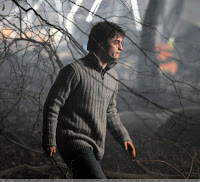 viewer feel as though he is almost a part of everything which the trio Harry (Daniel Radcliffe), Hermione (Emma Watson) and Ron (Rupert Grint) go through.

On the hunt for magical instruments known as “Horcruxes,” the three encounter various dangers and threats, but bravely fight their way out with their wits and courage.
Harry has been given this assignment by his former headmaster, Albus Dumbledore, who had introduced him to Lord Voldemort’s darkest secret – the secret of his supposed immortality.
With this mission in mind, our beloved trio returns to Hogwarts School of Witchcraft and Wizardry, which is no longer a safe home for its students, thanks to Voldemort’s tightening grip on the wizarding world.
His followers, commonly called the Death Eaters, are on the rise everywhere.
Amidst these dangers, Harry faces his final confrontation with Voldemort — which only one of them will survive.
Yates has lived up to the standards set by the previous directors of Harry Potter movies. He has also infused some changes in the way events are carried out in the book, which makes this movie much larger than just a mere novel adaptation.
The action sequences are heart-stopping and gripping, and certain scenes can make viewers surprisingly emotional.
The trio feels unarmed in the face of the overwhelmingly powerful dark forces, and Harry asks Hermione in desperation, “ 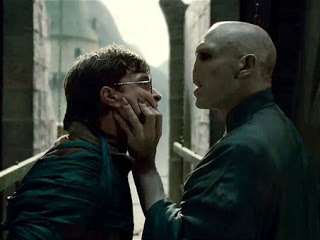 When have any of our plans actually worked? We plan, we get there, and all hell breaks loose.”
It is essentially a war movie, between the Evil and the Good, but a very unusual kind of a war, fought not with guns, but wands.
The battle at Hogwarts is more grand than viewers could imagine.
This movie assumes that the viewers already know everything that has taken place before the final climax, which likely makes it very unappealing to those who have not been following the Harry Potter series books or movies since they will find themselves confused.
But for the loyal fans, this movie is the ultimate.
Overall, Yates has set up a grand finale for the end of the Harry Potter saga.
If you are a diehard Potter fan, do not miss this opportunity to bid farewell to your favorite hero since childhood.
This is undoubtedly the best movie in the series, so go and watch it for its spectacular effects, brilliant performances and great storytelling.