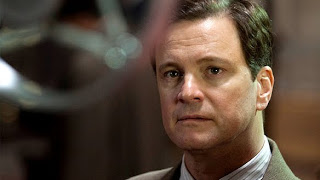 LONDON, England –There is no debating that The King’s Speech is a mainstream Oscar-baiting period biopic complete with British accents and the Royal Family.
For this reason I saw the film with trepidation, expecting to be put off by the twee American view of the Royals.
However, despite my anti-monarchist tendencies, I couldn’t help but be moved by Tom Hooper’s fine example of how to enliven a clichéd genre.
Yes, like many I was impressed by wonderful performances from Colin Firth, Geoffrey Rush and Helena Bonham Carter, but for me the reasons for the success of The King’s Speech are more personal.
Like Firth’s King George VI, when I was younger I suffered from a speech impediment. It was not a severe stutter but a more minor lisp.
Yet despite having been cured for many years I still have pangs of doubt about my ability to form the sounds that I am aiming for while reading aloud.
The real success of the film is its understanding of the speech impediment that it is dealing with.
When King George first attends a session with speech therapist Lionel Logue (Geoffrey Rush) he is asked to speak while wearing headphones. As he cannot hear his own voice he does not stutter.
What this shows is that the problem suffered by the King George is largely a mental block.
Much like how I may be fearful of reading out loud, but confident when addressing a group without directly following a script, the King knows how to speak but is simply unable to do so.
This feeling of helplessness is the real blight of someone with a difficulty of this type, especially if they are required to address the country as George VI was.
The King’s Speech is not without its faults. Timothy Spall and Roger Parrott, as Winston Churchill and Neville Chamberlin respectively, are awful and the real issues surrounding the monarchy are never touched.
However, it is a true story and a piece of history that deserved to be told – and it is told beautifully.
Perhaps for all its understanding of speech impediments it remains just another royal biopic, but it is a good one and deserves the Oscar glory that it will surly receive.
From palaces to slums and frontrunners to dark horses another film that is hoping for Oscar glory is Lucy Walker’s lesser know documentary Wasteland.
Wasteland is unlikely to win Best Feature Documentary, as that award will probably go to credit crunch film Inside Job, and deservedly so.
However, if any film warrants a moment in the limelight this is the one.
Wasteland follows acclaimed artist Vik Muniz for nearly three years as he returns to his native Brazil to work in the world largest garbage dump, Jardim Garmacho, located in the suburbs of Rio de Janeiro.
There he photographs the “catadores,” pickers of recyclable materials as they work clambering over the rubbish dumps searching for reusable items. Muniz selects a number of these catadores to help him recreate their photographs out of the garbage at Jardim Garmacho.
The result is harrowing and uplifting. It shows the unimaginable hardship of the ‘pickers’ but at the same time gives us glimpse of their hope.
It is fitting that Wasteland has its moment in the limelight, as this is what Muniz grants the catadores when he reveals their dignity and despair.
Towards the end of the film Muniz wonders whether taking the catadores to the art sale in London will “mess with their heads.”
Whether it was a negative or a positive is an issue that we can all grapple with as one of the ‘pickers,’ Sebastiao Carlos Dos Santos (Tiao), will be attending the Oscar ceremony.
Finally, a special favorable mention must be made for The Social Network, Toy Story 3, The Fighter and James Franco in the otherwise flawed 127 Hours.

Noah Kidron-Style is a Junior Reporter for Youth Journalism International.