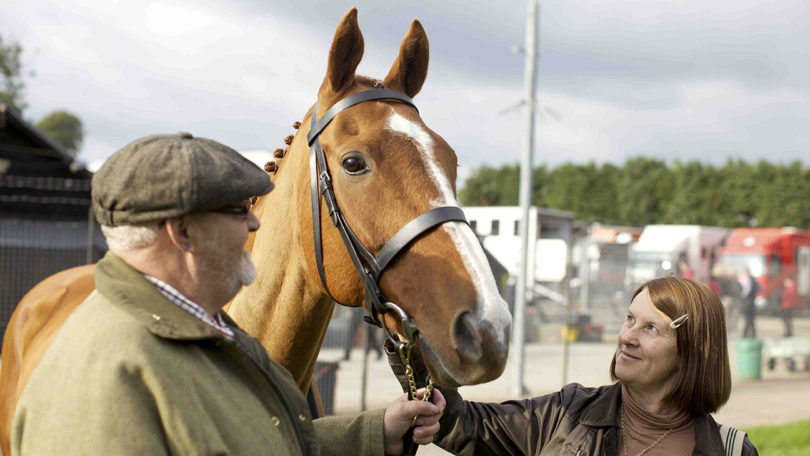 Austin, Texas, UNITED STATES – The former mining village of Cefn Fforest in south Wales is not the sort of place that usually attracts much attention. It is small, economically stagnant and in many ways unremarkable.
In Cefn Fforest, as in hundreds of similar towns and villages across the UK, the closure of the coalmines caused not just an economic crisis, but also a crisis of identity. What does a mining community do when there are no mines?

For Jan Vokes, a supermarket cleaner and part time barmaid, the answer was obvious.

Breed a thoroughbred racehorse.
Filmmaker Louise Osmond’s documentary Dark Horse tells the extraordinary story about how Vokes, and a syndicate of friends and neighbours, teamed together to do just that. The world of horseracing is typically dominated by aristocratic owners, Qatari emirs and members of the British Royal Family.
The most promising thoroughbreds trade for millions of pounds, and their upkeep costs alone would dwarf the cost of a mortgage in Cefn Fforest. Members of the 23-strong
Alliance Partnership syndicate on the other hand, contributed just £10 a week.
Their horse, Dream Alliance, was born to unpromising parentage, and raised on an allotment. In other words, they shouldn’t have stood a chance.
And yet in 2009, in true Hollywood style, Dream Alliance, the “working class horse,” defied both its upbringing and a life-threatening injury to win the prestigious Welsh National.
For Vokes, it was a dream come true, and for Cefn Fforest it was a unifying moment and 15 minutes of fame. 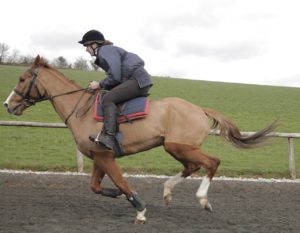 As a straightforward underdog sports movie, Dark Horse is a success. It has a traditional narrative arc of a hero overcoming adversity, a charismatic supporting cast of syndicate members and – where many sports movies are let down by their sports scenes – the documentary Dark Horse has real and exciting race footage.
But what makes Dark Horse stand out is that it is more than just another sports movie. Osmond is also concerned with the crucial roles played by class in Britain and money in sport.
Although she avoids being overtly political, both themes run throughout the film, in particular through the interviews with Johnson White, Dream Alliance’s somewhat
slimy assistant trainer, whose visible shock at having ended up employed by working class clients has a tragicomic quality.
Dark Horse is not a perfect film. In particular, the lack of footage of the early days of the syndicate means that Osmond had little choice but to rely almost exclusively on after-the-fact recollections for the first quarter of an hour.
As a result, watching the beginning of Dark Horse is an experience not unlike that of accidentally wandering into a pub in Caerphilly and being cornered by a particularly talkative local.
It is not the most promising of starts.
But if Dark Horse teaches us anything, it is that great things can come from inauspicious beginnings, and thankfully the film itself is no exception.

Noah Kidron-Style is a Correspondent for Youth Journalism International.

***
Your tax-deductible contribution helps students
supported by this non-profit organization. Thank you.
www.HelpYJI.org