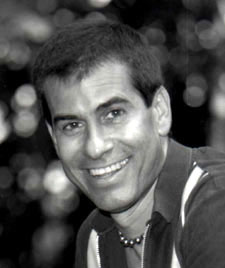 Aurora, Nebraska, UNITED STATES — Alex Sanchez is the author of award-winning books such as So Hard To Say and the Rainbow Boys series – books that deal with being young and gay in America today.

His newest book, Rainbow Road, is the third and final chapter in the “Rainbow” trilogy and was published in October. His next work, Getting It, is due in September from Simon & Schuster. Sanchez recently spoke with The Tattoo. Here is a question and answer with Sanchez:

What inspired you to write the “Rainbow” trilogy?

I had been writing since college, but my writer’s block was finishing projects. Looking back, I realize that writing fiction is all about emotional honesty. Every time I would start to write something, when it became too close and personal, I would get scared of revealing too much about myself and decide to write about something else. I think a lot of this had to do with my own inability to accept my sexuality.

I went through this for too many years before I finally realized I needed help. I reached out to a couple of creative friends, each working on their own projects (paper mache and songwriting). We encouraged each other. And I began to write Rainbow Boys. I never imagined it would actually be published. I just had a story in my heart that I needed to write.

I think I chose to write about high school because it was such a painful time for me, largely because I was struggling with my sexuality and trying to accept myself. Another piece to all this was that in 1993, when I began to write Rainbow Boys, I was inspired by reading the stories of so many gay and lesbian teens who had a lot more courage than I did when I was in high school.

And how did you decide to tell the story from three different perspectives?

That evolved in the writing process. I wanted to show a panorama of what it is like to be young and gay in America today. The challenge of writing about a minority group is that people will say, “all of those type of people are like that.” The way I chose to avoid that was to try to present a variety of characters within the minority group, in this case, gay teens. Hence, three boys, each different. I wanted to both embrace and dispel stereotypes. Some boys, like Nelson, ARE stereotypically effeminate; some, like Jason, are definitely not, and many, like Kyle, fall somewhere in between.

In high school, which category did you fall into?

Probably most like Kyle, but without his courage. I was so scared about who I was that I pretty much tried to make myself invisible. I remember one boy at school who was labeled “queer” and who consequently got beat up every day. I watched and stood silent, wishing I had the courage to stand up for him – but too afraid that if I did say anything, people might suspect I was gay, too. Instead, I looked on, feeling ashamed and guilty for standing by and not doing anything.

I felt totally alone. At lunch I sat alone. But then I felt such self-hatred sitting by myself, that I skipped lunch altogether. Instead I hid out in the library. Now, I estimate our school library had several thousand volumes. How many of those books told me it was okay to have the feelings I experienced? That I wasn’t sick for wanting to love and be loved by another boy like me? None.

How many of those books described how homophobia hurt kids like me? Not a single one. I came to hate school. What teen wouldn’t hate an atmosphere that leads a boy or girl to hate him or herself? The way I coped was by burying myself in my schoolwork. I studied hard, became a classic overachiever, racing through school, and graduated a year and a half ahead of schedule.

As I wrote Rainbow Boys, I thought back to the boy I watched get beaten when I was in high school – and how I didn’t have the courage to stand up for him then. I feel like I’m speaking up for him now – and for thousands of other boys and girls like him.

Have you heard from many teenagers that have been affected by reading Rainbow Boys?

I get about a dozen emails a day about Rainbow Boys, Rainbow High and So Hard to Say.

Do you think many kids who AREN’T gay or questioning read the book?

Actually, my biggest readership, guessing from the emails I get, is straight teenage girls. Why? One, they’re a huge reader market. Two, they feel passionate about social justice issues. Three, they love reading about boys, regardless of whether they’re gay or straight. And four, they think gay boys are cute!

I don’t hear from hardly any straight teen guys, though – only from a handful. That’s a shame.

Did you always plan the books as a trilogy or did it just happen that way?

As I mentioned, I never imagined Rainbow Boys would even be published. And I never envisioned continuing the story beyond the one book. It was actually my amazing editor, Kevin Lewis, who proposed the sequel.

Then it was he again who proposed the third book.

Is Rainbow Road the last we’ll hear about Kyle, Nelson, and Jason?

Yes, at least for now. Although I know a lot of fans would like the story to continue into college and beyond, there are other stories I want to tell and I feel the need for a break from the characters.

As I wrote the second and third book, I realized I had the opportunity to write about what it’s like to grow and mature as a gay teen boy – the ongoing challenges in terms of love, friendship, facing homophobia, and coming out. And, an important part is the strength and courage we can get from others in that process.

Do some of the things in your books mirror your own experiences?

Definitely. The stories reflect much of what I’ve experienced in all those aspects – love, friendship, facing homophobia, coming out, self-acceptance, reaching out to others and finding strength in them.

How old where you when you came out?

I believe coming out is a lifelong process. I’m still coming out, every time a new acquaintance asks if I have a girlfriend or I sit next to someone on a plane and they ask what types of stories I write.

I was 13 (in eighth grade) when I first heard the word “gay.” Immediately, I knew that’s what I was. But it’s taken years to come to a place of peace and understanding about it.

Is there any certain piece of advice you would say to teenagers thinking about coming out?

Coming out is a very personal decision – possibly one of the milestone decisions in your life – and only you can decide if, how, with whom, and when to come out. There is no rush to come out. TAKE YOUR TIME. The most important thing is that YOU love and accept yourself for who you are. Don’t do anything before you feel ready. It’s your life and your choice.

Has there been anyone in particular who has affected your writing?

There was a time in my life when I read all the works of certain writers. Some of those I think I learned the most from are Leo Tolstoy, Willa Cather, F. Scott Fitzgerald, Larry McMurtry, and Edmund White.

Have you always planned on being a writer?

Nope. Ever since college I wrote and wanted to be a writer, but didn’t think I could ever really do it. I thought being a writer meant being rich and famous. Now I realize that being a writer means sitting down and trying to make words express what I want to say.

Was it hard to get Rainbow Boys published?

That’s relative. The hardest part was WRITING the book. I never imagined it would take five years to write. I’ve now learned that’s average for first novels. Much of that time is spent learning HOW to write a novel. During those five years I took workshops to improve my writing. An instructor who liked my work recommended me to her agent, Miriam Altshuler, a straight suburban mom, who liked the manuscript because of its themes of acceptance and personal integrity. It’s a book she hopes her kids will read when they’re teenagers. She was a huge champion of the manuscript and had the contacts with major publishers. It took about a year before Simon & Schuster bought it.

Do you have any advice for young writers?

1. Read your work aloud – to yourself and to others.

2. Appeal to as many of the reader’s senses as possible – visual images, sounds, tastes, smells, and textures.

3. Use dialog sparingly. Actions really do speak louder than words.

4. Surround yourself with people who will give you confidence and build you up as a writer. Encouragement is so important.

5. Don’t worry about being published or finding an agent. First, WRITE AND FINISH YOUR BOOK! And most importantly, have courage, be true to who you are, and follow your dreams!

Any advice for teenagers in general?

Keep reaching out. Never close up. Never give up. Hang in there. You are a wonderful human being. Love, respect, and accept yourself for the beautiful soul you are. 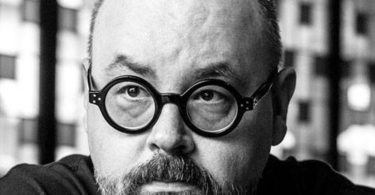 Quito, ECUADOR – The great Spanish author Carlos Ruiz Zafón, who wrote the bestseller The Shadow of...