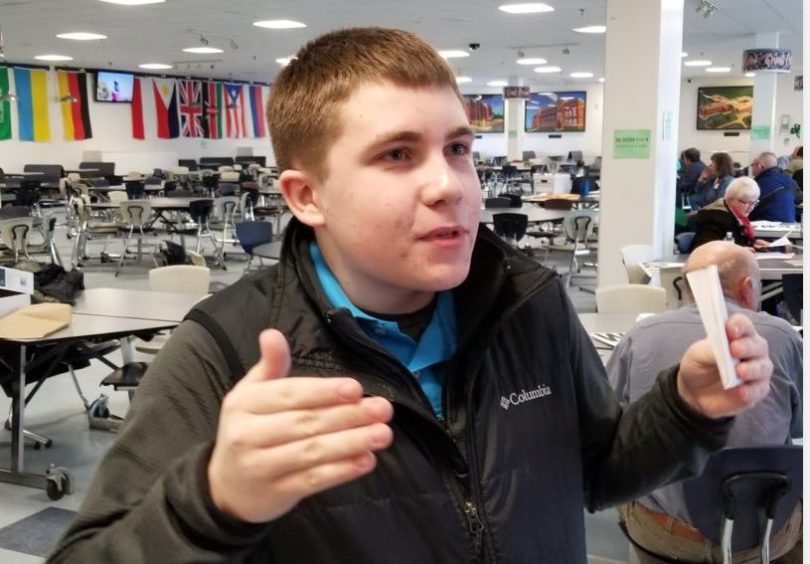 LEWISTON, Maine, U.S.A. — We millennials are the generation of change.

Elected leaders show they think our lives are worth less than the ownership of high-capacity guns through their inaction. When it’s “our” lives at risk from every Republican who is office when mass shooting happens, they always say, “thoughts and prayers” – which don’t solve anything at all.
They yell about mental health, but that just is a small part of the issue with gun control. Background checks and raising the age to buy a gun to 21 are just a beginning of what’s needed to prevent mass shootings.
As it is, our lives are at risk at this very moment because a person can get a gun and then murder each one of us.
How many millennials need to be sacrificed in the name of the AR-15? For too many, the 2nd Amendment outweighs our right to live.
We may be an ideological minority in this town and this state, but not in this country.
A year from now those of us who are juniors and seniors in high school will vote — and you know who we are going to vote for: people that care about our right to live.
Many of these gun-loving Republicans don’t care more about staying in power than high school students staying alive.
The greatest generation fought fascism and communism, but we watch the people in power now turn a blind eye even to conspiring with the Russians. Their incompetency to deal with Russian collaboration shows their “do nothing” approach to real issues such as mass shootings and gun control.
Our elected officials who choose to do nothing in this state are just as guilty as the rest. They say gun control would take their weapons, but that’s far from the case.
Controlling the sale and ownership of deadly weapons such as the AR-15 is just common sense, as others have demonstrated. There are many countries that have already placed resections on these firearms.
This new Age of the Millennial began the day elected officials beholden to the National Rifle Association forgot what it means to represent Americans.
Gun control is just the beginning of millennial power.
Once we take control, our right to live will matter once again. For we have just begun.
This great republic of ours has not seen the wrath of the people since the revolution two and a half centuries ago.
Gun control will save our lives, will save all of our lives. The time of inaction has come to an end. We will vote out politicians who choose to do nothing and fail to protect us.
When we’re done, mass shootings will become ancient history.
Sean Monteith is a Junior Reporter for Youth Journalism International.