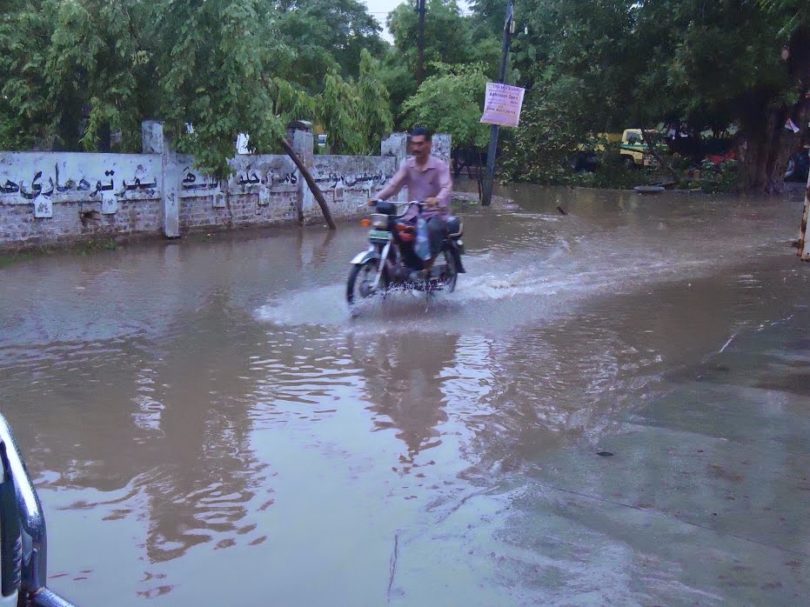 A motorcyclist navigates a flooded road connecting the Shadman Colony to another part of the city of Lahore. (Arooj Khalid/YJI)
LAHORE, Pakistan – Monsoons have always been a big deal in Pakistan. Every year during the summer, in the blazing heat, the people anticipate the heavy rains that will eventually result
in cooler weather.

But many times, events take a turn which results in floods in rivers and surrounding areas. 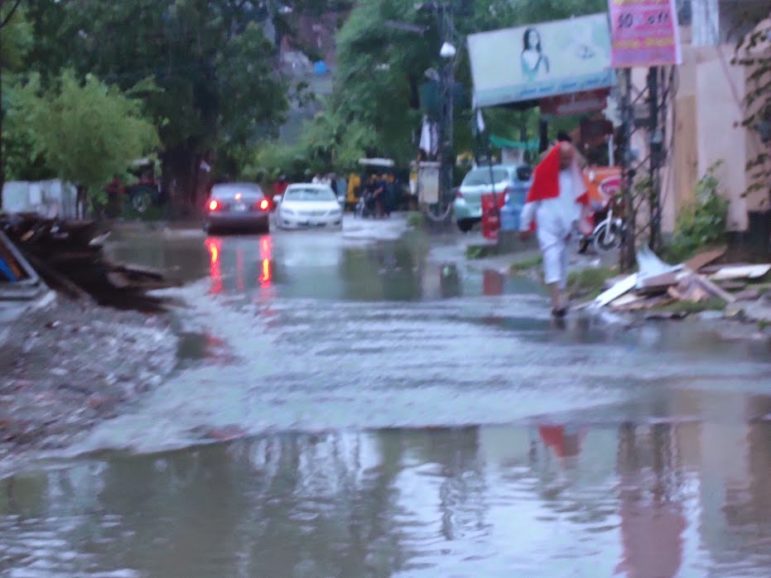 A flooded road connects the Shadman Colony to the rest of Lahore. (Arooj Khalid/YJI)

This year, though a bit late, the monsoon cycle showered Lahore with five days of heavy rain.
Soon the city became like a river.
Flood warnings were issued in many areas, and there were a number of casualties and much loss of property. 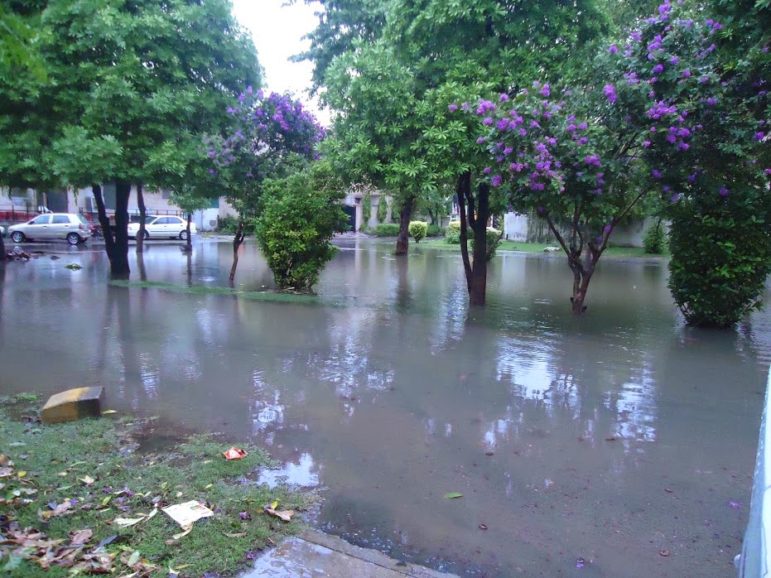 In Shadman Colony in Lahore, floodwaters pooled in the road, making it difficult to tell where the road ends and the green belt begins. (Arooj Khalid/YJI)

Water accumulated everywhere. This is also the time when precautions of dengue fever have to be taken seriously in case it breaks out again.

That is why thecollected water everywhere results in more worry for the people.

Moreover, the dispute between India and Pakistan over the sharing of riverscontinues, as India releases large amounts of water into Chenab River, flooding the already problematic areas and causing more trouble for Pakistan.
With all this destruction, people are doing their best to help each other in times of tension, and praying for the future of Pakistan.
Arooj Khalid is a Senior Reporter for Youth Journalism International.
***
Your tax-deductible contribution can help support this nonprofit at
www.HelpYJI.org 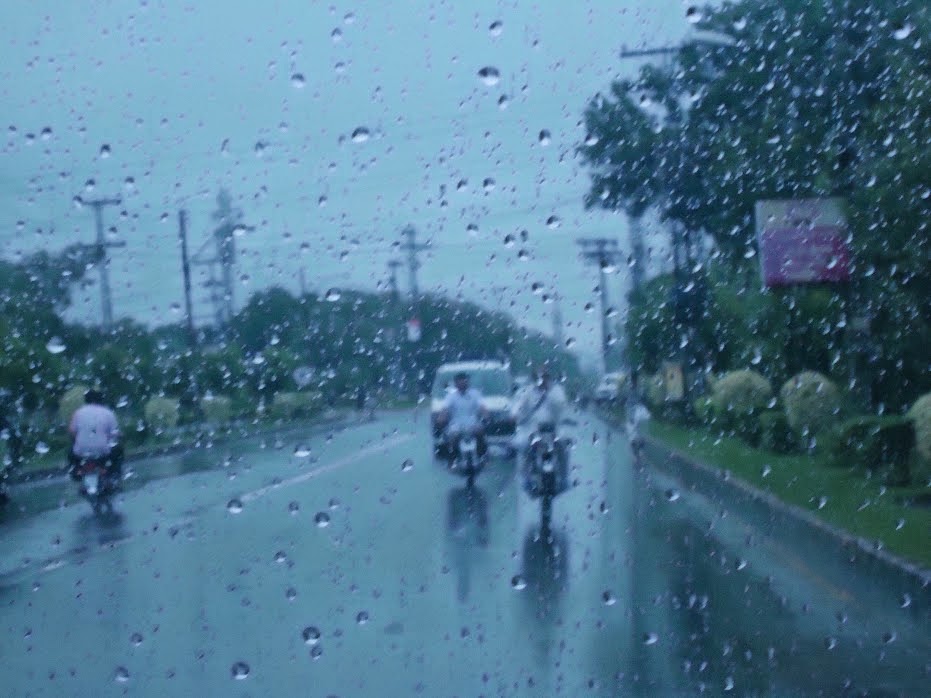 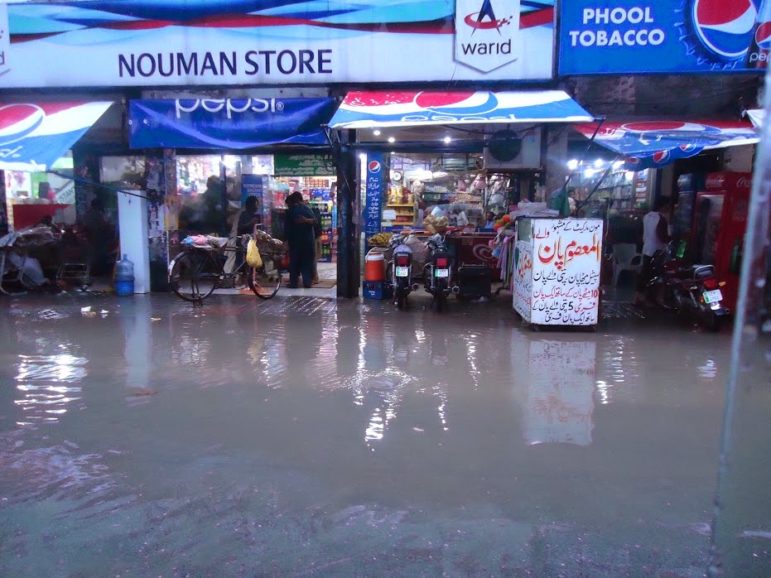