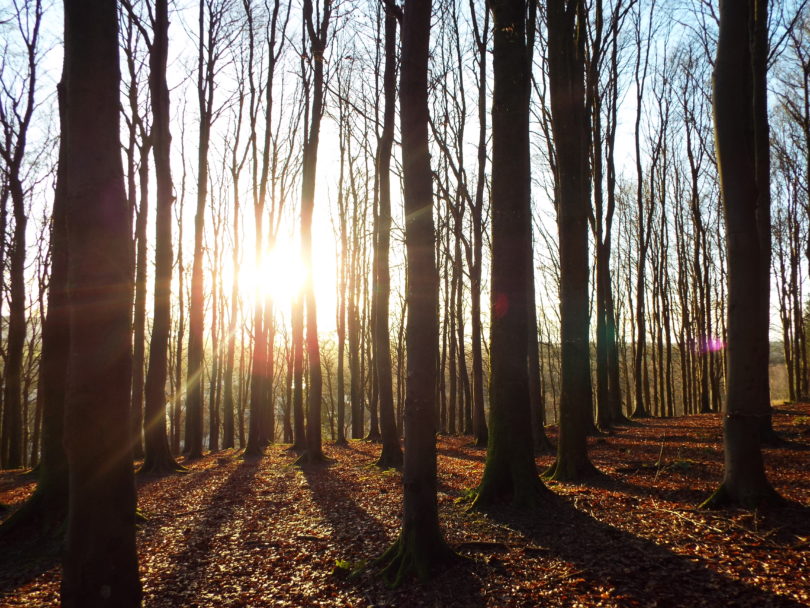 Woods separating the town of Doune, where YJI Reporter Owen Ferguson lives, and Dunblane, the site of a horrific school shooting in 1996. (Owen Ferguson/YJI) 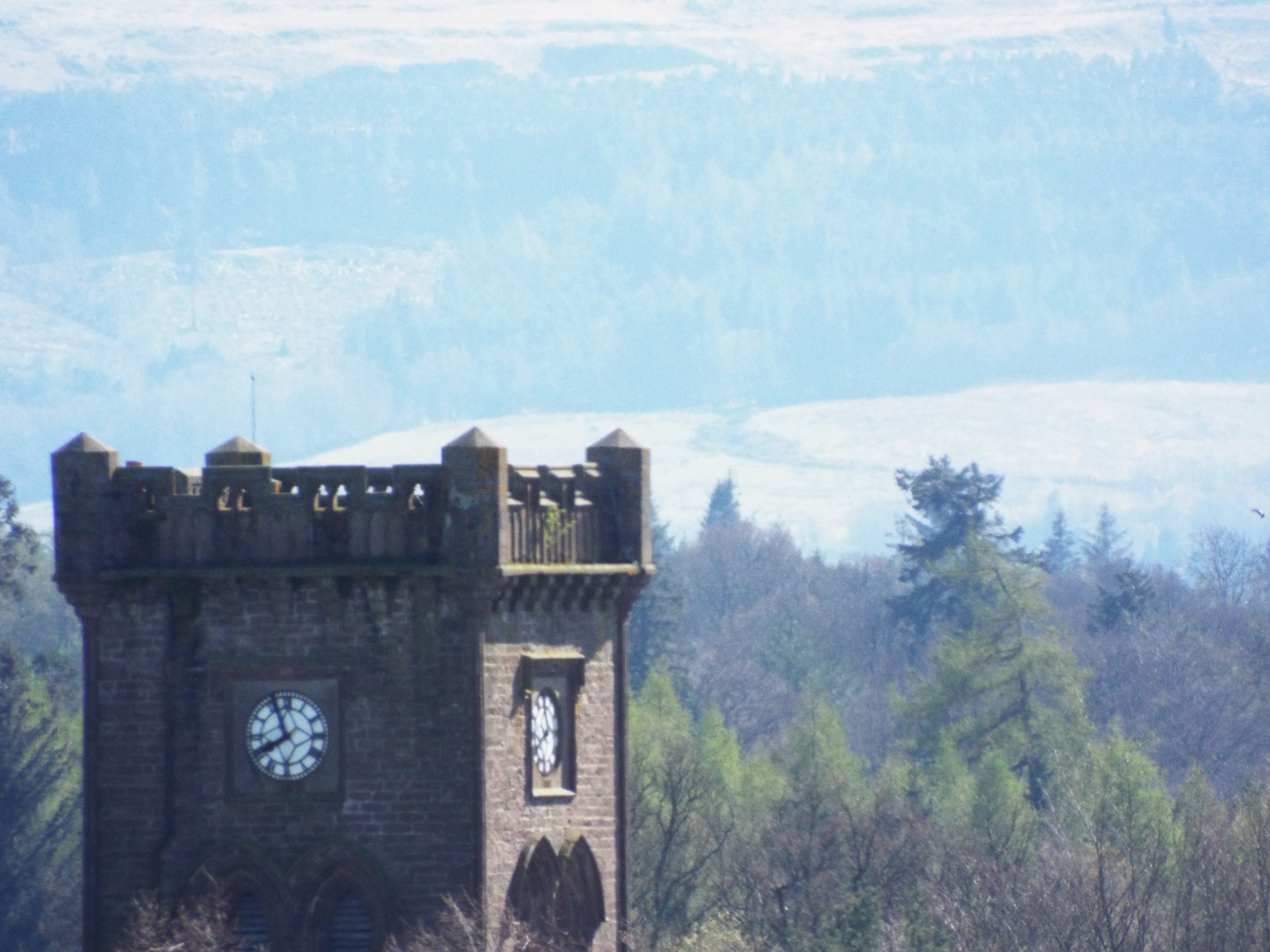 The steeple of Kilmadock Parish Church in Doune, just three miles from Dunblane Primary School, where in 1996, a gunman killed 17 people. (Owen Ferguson/YJI)

Doune, SCOTLAND –This isn’t an easy topic to talk about. I’m sure we all understand that. The murder of 17 people at a high school in Parkland, Florida.
The majority of them were young students journeying through their education and dreaming of their futures. The reality of the situation sets in, maybe a couple of days after the shooting, maybe a week.

Definitely for some, the coming to terms with another American school shooting has not yet arrived. And for those directly affected, the friends and families of the dead who now have to live without that special person in their life, the realization may never arrive. This isn’t fair.
The shooting at Marjory Stoneman Douglas High School was reported on the news here in Scotland. We were made aware of it not long after the news first broke in the States. Returning to school from a midterm break the following Monday, everyone knew what had occurred in Florida. It wasn’t talked about in detail, instead murmured and acknowledged, such as with the previous tragedies that have occurred in previous years.
When the majority of the victims are school children, it hits much closer to home and an understanding of our own mortality is made fresh in our minds. It’s not a pleasant issue to face first thing on a Monday morning, but then again, it never is.
Now, the ever-constant debate of gun control rages across America in the fallout of the shooting and even from all the way across the water in the UK, it’s easy to tell. You are all angry. You are all in despair.
The increasingly common event of an American School Shooting does not cushion each individual attack, it amplifies it. You are tired of the injustice that is these shootings, targeting innocent school children.
The calls for all guns to be banned across the country are met with calls to arm the people who teach your children with more guns. It is said to be a complex problem with no easy solution that everyone can agree on. Meanwhile in Central Scotland, we watch these debates with frustration. Almost 22 years ago, less than three miles from where I live, was one of the worst mass shootings in British history named the Dunblane Massacre. 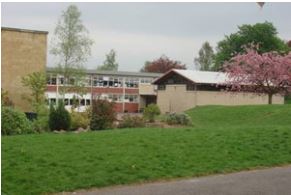 A gunman entered Dunblane Primary School and murdered one teacher and 16 young school children. The massacre impacted the whole of the Scotland but Dunblane and the local surrounding towns were affected immensely.
It’s from this where I can try to understand and empathise with the people of Parkland. I live in a community that will be forever remembered and associated with the terrible shooting in 1996. Any adult within a 30-mile radius will be able to tell you where they were that day. But it’s also where the feeling of frustration comes from and it’s how our feeling of frustration is justified.
Almost immediately after the Dunblane Massacre and its resulting inquiry, nearly every gun was outlawed in the UK. There have been no school shootings in the UK ever since then and only one incident involving a gunman in 2010. This is the result of action after 17 people were murdered in the town next door to mine.
In the end, I feel overwhelmingly despondent from the school shooting in Parkland. It was another pointless loss of hopeful, innocent life and I hope that everyone will take a moment to consider the victims, the families and friends of the victims and the people of Parkland before the focus is wholly moved onto American gun control.
But I can say this from local experience; change is possible and prevention is possible. And it may not come now or even for the next few years.
But if America wakes up to its problem and meets it with action, I can imagine looking across the pond one day and seeing an America where school shootings are nothing but a terrible memory of the past.
Owen Ferguson is a Reporter with Youth Journalism International. 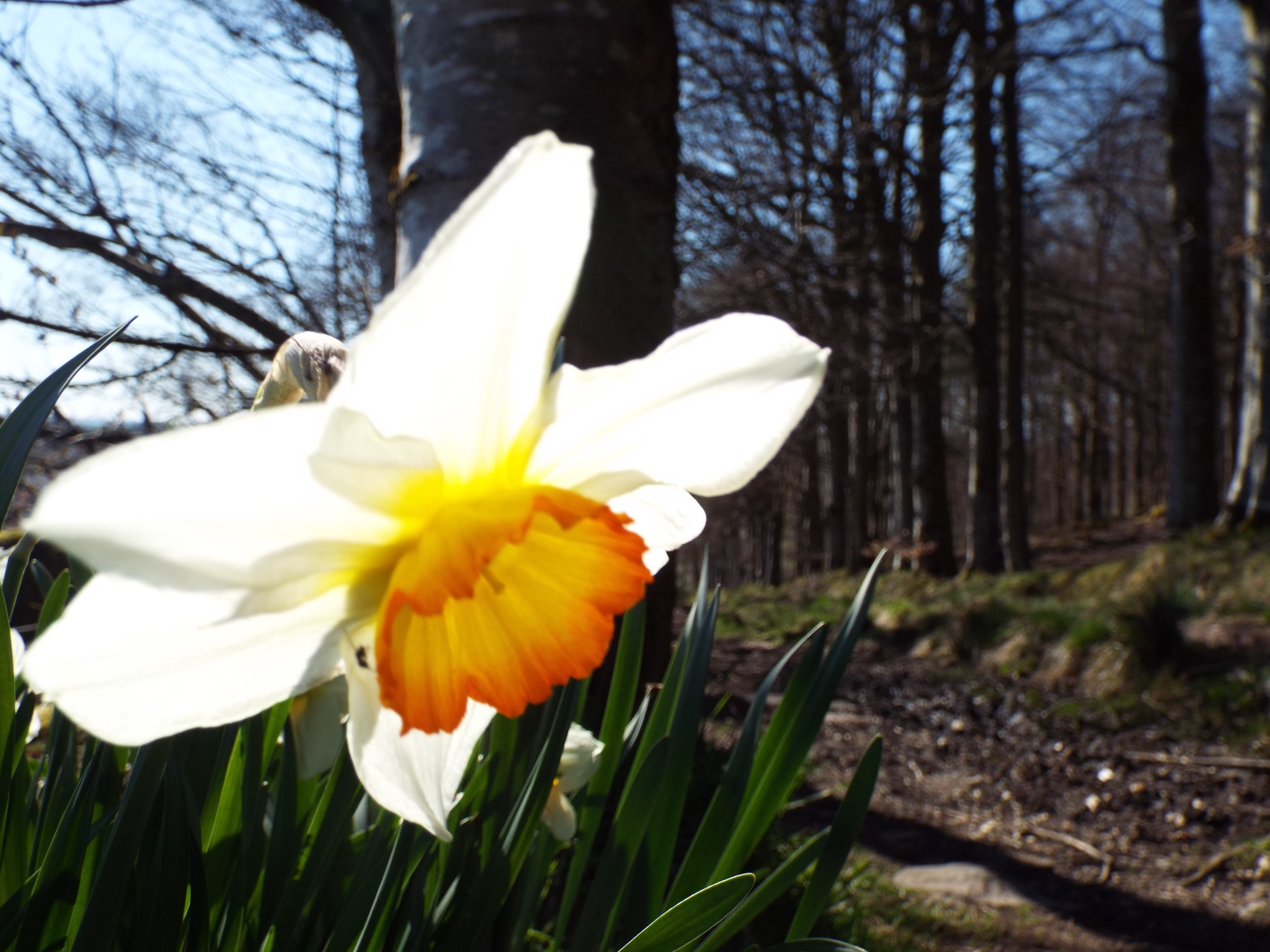 A daffodil on the path between Doune and Dunblane, Scotland. (Owen Ferguson/YJI)

Owen Ferguson is a Correspondent with Youth Journalism International from Scotland, UK.