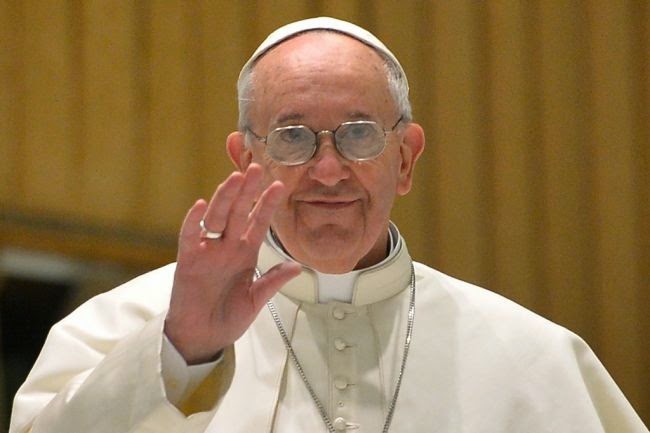 The Pope, who stayed in the country until Monday, traveled to the state of Tacloban, where Typhoon Haiyan, the strongest ever recorded, killed thousands of poor people in 2013.
He made history when six million people gathered during his closing Mass, making it the largest event ever for a pope.
Obviously, strengthening our faith would be one of the reasons the Pope visited the Philippines. He said himself that in Asia, the Philippines is a foremost Catholic country and that we are outstanding missionaries of faith.

These days, tough times have come to Filipinos.
Our economy constantly falls, and as it hits rock bottom, it rises again. That’s the case for most Filipinos. Some citizens struggle to keep up with the trend of prices, and as they hit an all-time low, they don’t bounce back. They just stop moving like sitting ducks, and the next day, their all-time low becomes lower.
Right now, faith is what we need, and right on cue, the Pope comes to the Philippines. Fate is a funny thing.
Fate is a big word, too. I know that it is a cliché to say this, but the obstacles we face really do strengthen us. We just have to keep on holding on to that faith, and in the end, surely enough, we will cull our reward.
The Pope said that once we remove our own complacency, we will be able to accept others and ourselves. His words truly made sense.
He also said that it was the little gestures of the Filipinos that he found memorable. Well, happiness can also be found in the smallest packages.
I went to the Jaro Cathedral in Iloilo to attend Mass on Sunday, and I was amazed by the massive number of people gathered there. I couldn’t even get inside.
I noticed some of the people holding various colored candles and praying. I asked the candle vendors what the candles were for. They said each color represents a wish, like good health, love or prosperity.
My casual chat with the vendors became a serious talk when they explained why they were selling the candles. They said that if you don’t have faith, you don’t have anything.
They said that if you don’t hold on to faith, you will stray away from the path of God.
Why do we even hold on to faith? To believe is such a natural thing, like an innate affinity in every one of us. If we don’t have faith, what will we have? We will have nothing to live for, so our existence won’t have any meaning.
While it is true that we will always have misunderstandings, we must learn to forgive and trust again.
Humans are made to err, but we are also made to learn. So the next time you are trying to give someone a second chance, give him or her that opportunity to change, because you might just know how it feels to be forgiven. God has forgiven us from all our sins, so what limits you from doing the same for your fellowmen?
This is where mercy and compassion comes in. Mercy is not only for those who have sinned – it is also for those who have been sinned upon. Mercy is the thing that keeps on telling people that it is all right to forgive.
Compassion, according to the dictionary, is sympathy toward others and the desire to help.
For me, compassion is what keeps the Filipino faith alive. It is because of the compassion of others to help Filipinos stand up on their feet again that we have regained our composure from the disaster of Typhoon Haiyan.
So what moves Filipinos? A simple answer to a simple question: mercy, compassion, and faith.
Faith moves us so many ways that we know how to act humane. Faith tells us how to change. Faith taught us how to rise up from our ashes and start again, knowing that there will be a better tomorrow. That’s the reason why we owe everything we do to God.
Fritz Allen Gulmatico is a Junior Reporter for Youth Journalism International.
***
Your tax-deductible contribution can help support
Fritz Allen Gulmatico and other students at this nonprofit at
www.HelpYJI.org