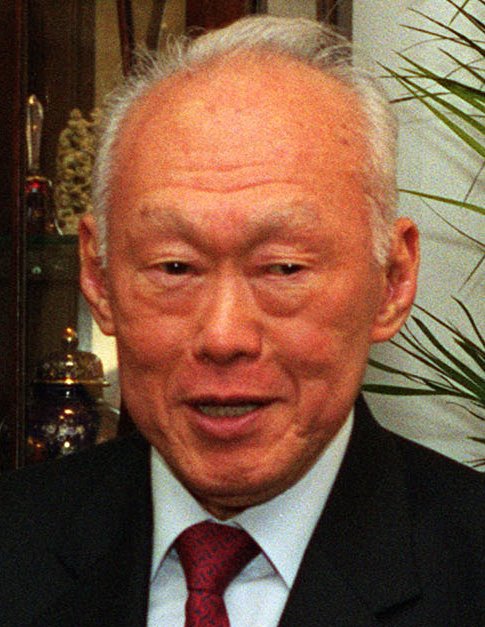 Prime Minister Lee Kuan Yew (U.S. Defense Dept.)
SINGAPORE – On Monday, Singaporeans woke up to news of the death of their former prime minister and minister mentor, Lee Kuan Yew. He died at age 91 after being in the intensive care
unit of a local hospital.

A highly respected nation builder, Lee transformed this city-state from a backwater into a first-world metropolis.

The Cambridge graduate, who served as prime minister from 1959 to 1990, led Singapore through a tumultuous period in the 1960s, when the British left the region.
In 1963, the Malaysia Federation absorbed Singapore, but disagreements over politics and other fundamental issues soon led to fissures arising within the union.

In 1965, Tungku Abdul Rahman, then the prime minister of Malaysia, expelled Singapore from the union, leading to Singapore’s independence.
As the prime minister of this newly independent state – which lacked resources and space – Lee attempted to entice foreign companies to invest here. He laid out stringent laws limiting freedom of speech and freedom of public dissent.
Heavy investment in education, including making English the instructional-medium, made Singapore attractive to foreign investors.
Through this, Singapore grew wealthy and became a leading global financial center.
Despite his achievements, he is reviled by some for his uncompromising stance towards opposition figures.
Lee’s legacy of tight media control, too, had been a point of criticism. In 2014, Singapore ranked below some 150 countries in the Reporters Without Borders World Press
Freedom Index.
In Singapore, there’s a tangible feeling of sadness, with many people paying tribute at the local hospital where he was admitted.
Lee Hsien Loong, the current prime minister and Lee’s son, announced a week of national mourning.
Selvaganeshamoorthi Balakrishnan is a Reporter for Youth Journalism International.
***
Your tax-deductible contribution can help support
the students of this nonprofit at
www.HelpYJI.org