Aurora, Nebraska, UNITED STATES — It’s not often a reader comes by a book that truly defines a generation in realistic and vibrant writing. If being able to identify with this generation of teenagers is what you’re looking for, continue looking, because you won’t find it in Generation S.L.U.T. 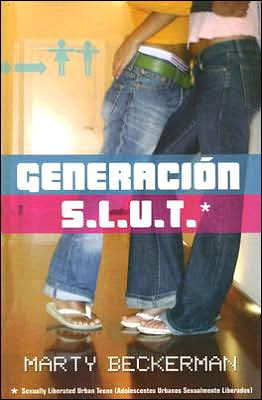 Expanding on the last chapter of his previous – and far superior book – Death to All Cheerleaders, the now twenty-something Beckerman attempts to present the average American teenager as a giant sex machine, often stating “facts” he has since retracted and admitted were fraudulent.

The book itself is comprised of short quotes from anonymous teenagers across the country who detail their sexual exploits, which may or may not be true. It interlaces short narratives (such as one detailing the author’s prom date with a hooker) and a novella penned by Beckerman.

The novella itself is an interesting concept, detailing the lives of several teenagers during the course of a single week and how they interact with the world around them.

In the end, however, Beckerman’s sophomoric writing fails to deliver a believable portrayal of the world he attempts to create, leaving the reader feeling like they’re viewing a soap opera.

Beckerman should be commended for making an honest attempt to portray the teenage world; but it’s just too bad it’s not reality.