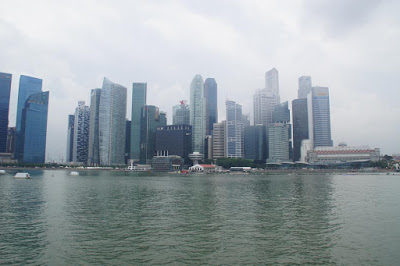 Modern-day Singapore (Selvaganeshamoorthi Balakrishnan/YJI)
SINGAPORE – If you happen to be in Singapore this year, you’ll see posters with the label “SG50” plastered everywhere.

The brand and acronym, SG50, was created to commemorate Singapore’s separation from the Malaysia Federation and its declared of sovereignty on August 9, 1965.

The government and numerous organizations have embarked on a multi-million dollar initiative to make SG50 celebration a memorable one for Singaporeans as well as to stoke nationalistic fervor.

The Ministry of Education, in conjunction with Lego, designed and distributed Lego sets to all students island-wide.
The Lego bricks could be used to construct national icons, such as the Control Tower at Changi Airport, the Tree-Top at Gardens By The Bay and the Cavenagh bridge in the city center.

Workers at some state-owned firms, including Singapore Airlines, received a one-off bonus of SGD 500 (equivalent to about $360). The airline painted two of its A380 jets, the world’s largest passenger aircrafts, in the red and white colors of the national flag.

A whopping 1.2 million SG 50 fun-packs were distributed to every household in the republic. Among the items it contained were a tote bag, sweets, traditional games, and a booklet in memory of the late Lee Kuan Yew, universally lauded for creating the modern Singapore.

Contents in the SG50 fun-pack

The perks did not end there.

The country’s main transport operator announced that travel on Aug. 9 will be free of charge.

The big three broadband providers in Singapore – M1, Singtel and Starhub – declared they would offer unlimited data usage on the holiday.This weekend, Singaporeans got a rare four consecutive days for the celebration. A one-off SG50 holiday was declared on Friday while Monday is a holiday in-lieu for national day itself, which falls on a Sunday.With a long weekend, many Singaporeans are taking the opportunity to visit national icons. Many museums and attractions have opened their doors free-of-charge. 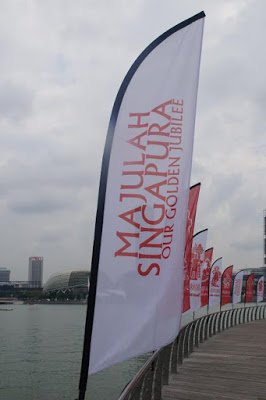 Government officials have urged Singaporeans not to use this long holiday to travel abroad.

“It is important that everybody come together and celebrate in their own way together with family, friends and neighbors and then really we have that real meaning of being part of a nation,” said the speaker of Parliament, Halimah Yacob. 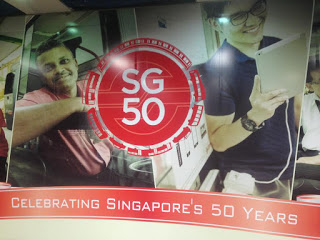 The festivities will culminate on Sunday, when a huge parade will be held at the central business district. Some 3,500 performers will put on a parade at the historic Padang, where the first national day parade was held in 1966.

Overall, a nationalistic spirit has gripped most Singaporeans, with many attributing the success of this wealthy global financial hub to great and incorrupt leadership and the hard work of the pioneer generation.

Selvaganeshamoorthi Balakrishnan is a Reporter for Youth Journalism International. He took the photographs accompanying this story. 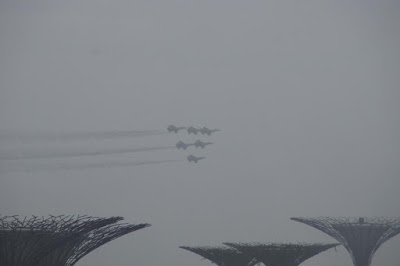 ​The Black Knights putting on an aerial display recently.

​The Black Knights putting on an aerial display recently.

***
Your tax-deductible contribution can help support
all students at this nonprofit at
www.HelpYJI.org