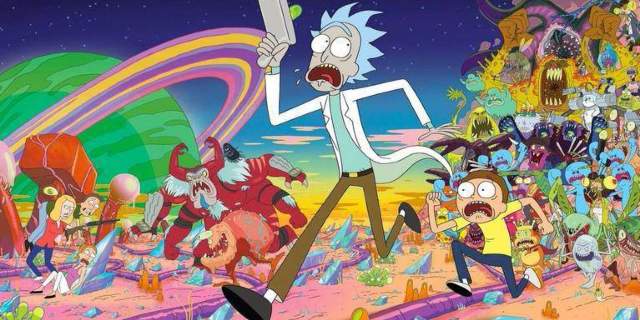 No worry — the Cartoon Network’s “Adult Swim” will please the older audience of animation lovers and cartoon fanatics.

Adding an adult twist to the Cartoon Network’s already fun-packed arsenal, “Adult Swim” is a block of cartoons targeted for ages 18 to 34. It airs late night on Saturdays and Sundays.

Daytime television is stuffed with boring and unrealistic soap operas (why do they call them soap operas anyway?) or cartoons mostly aimed at pre-schoolers and innocent toddlers who haven’t yet developed minds of their own.

“Bob the Builder,” “Blue’s Clues,” “The Big Comfy Couch,” “Teletubbies” … the list of kiddie shows go on and on.

The young viewers soon become zombies who think the world revolves around a blue dog and a dude with a green striped shirt.

It’s different for older viewers. We like action and excitement, and even some slapstick comedy.

Look no further. “Adult Swim” has it all.

Some of the cartoons slated for the Saturday night block include “Yu Yu Hakusho,” “Cowboy Bebop,” and “Gundan 0083.”

“Yu Yu Hakusho” is a show about a teenage boy who dies and comes back to life as an evil-fighting ghost detective.

“Cowboy Bebop” is a tale of bounty hunters who wander the universe in search of good pay and some food.

“Gundan 0083” is about huge robots piloted by humans who fight in order to keep peace between Earth and its space colonies.

These cartoons are built on a lot of imagination and are packed with thrilling action and witty dialogue. But they contain some violence, too, and unsuitable content for younger kids. (Parents, pay attention to the disclaimer at the beginning of every show.)

Sunday’s package of animation is on the more comedic side than the smash-bang action shows on Saturday.

The Sunday “Adult Swim” block runs from 10 p.m. to 1 a.m. and is comprised of funny shows such as “Home Movies,” “The Brak Show,” and “Aqua Teen Hunger Force.”

This bundle of cartoons explode with hilarious and hysterical situations that can even make your great-grandparents break out on the floor laughing.

With the addition of the popular “Adult Swim,” the Cartoon Network is no doubt seeing a ratings boost. With the help of its other programs, like “Toonami” and “Boomerang,” the channel seems to have a bright future.

Bristol viewers can watch the show at the above times on cable channel 52.