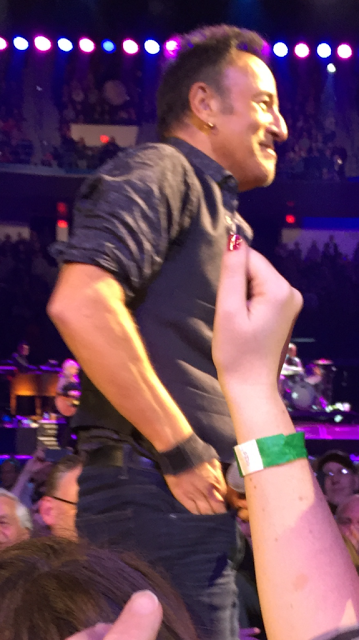 HARTFORD, Connecticut, U.S.A. – Bruce Springsteen concerts are truly something special. They fill you with so much joy and really resonate long after the concert is done. It is an experience of a lifetime.

The first time I ever saw him perform live with the E Street Band, it impacted me so much that I knew I would need to be in the house if ever he came anywhere nearby for a concert again. 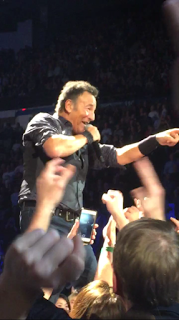 In the center of the arena, Bruce Springsteen performs on a small walkway before crowdsurfing back to the stage. (Amelia Hern/YJI)

Springsteen is an amazing musician, songwriter, and performer who, in my opinion, is the best example of true rock ‘n’ roll. He has been putting out albums since the early 1970’s, but four decades later, I feel very lucky to have witnessed his genius in person.

I had the honor of going to the Springsteen’s Feb. 10 concert with the E Street Band at the XL Center in Hartford. I’ve been a fan for a while and had already been to four shows. The Hartford concert was the ninth show in The River Tour that he started in January.

My family and I left our house in the early afternoon. We had General Admission tickets, which means you watch the show from the floor of the arena. If you’re lucky, it brings you closer to Bruce. We got our wristbands for General Admission and had an early dinner so that we would be fortified for the concert.

A few hours later, we went to line up for the wristband lottery, where the 900 people with wristbands are lined up by hundreds and a random number is called. Whoever has that number gets to go first and all of the people after that person follow in numerical order. It’s best to be close behind the person with that number.

The genius of this system is that it makes it fair for everyone. People don’t have to sleep outside for five days to get in the front row, only to get trampled by many other fans competing for the spot. It’s all based on luck. Unfortunately, they called a number in the 700s and my family was in the 400s, so we were about 600 back from the stage. 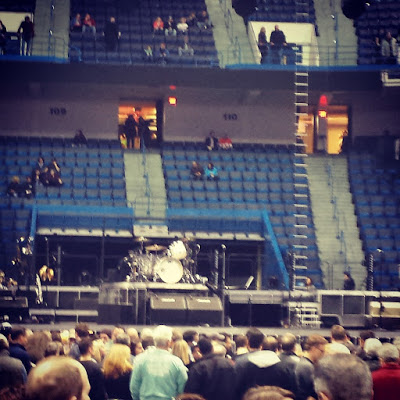 The view of the stage from just behind the walkway in the center of the floor. (Yoshiyuki Matsumoto/YJI)

We weren’t discouraged though, as we were happy just to be there. As an engaging performer, Springsteen makes sure to include everyone in the experience, no matter if they were really far from the stage or sitting behind the stage.
We got into the arena and claimed our territory. We stood right behind a little elevated walkway that Bruce comes out on during some songs, so we were
still in a good spot.After a few hours, the show started with amazing energy. The E Street Band came out and instantly went into “Meet Me In The City,” an outtake from the album The River. To honor the 35th anniversary of The River, Springsteen released a remastered version of the album, filled with outtakes, notes, and a documentary called “The Ties That Bind.”
After “Meet Me In The City,” Bruce and the band played all 20 songs from The River in the exact order as the 1980 double album. Bruce called it his “coming of age album,” as it’s centered around themes of marriage, growing up, and family.

The River includes a fantastic contrast of heavy-hitting house-rockers, like “Hungry Heart” and “I’m A Rocker” and beautiful, contemplative ballads, like “Stolen Car” and “Fade Away.” 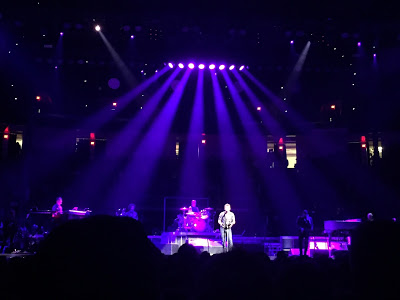 On a slower number, Bruce Springsteen at center stage with drummer Max Weinberg behind him, organist Charlie Giordano on the left and guitarist Steven Van Zandt in the shadows on the right. (Amelia Hern/YJI)

While it was different from the spontaneity and unpredictability Springsteen shows have become known for, this concert was special, as I got to hear many songs that I probably would never hear in a normal concert. Once The River was done, Bruce performed songs from his other albums.

He played many of my favorites, including “No Surrender,” “Rosalita (Come Out Tonight)” and “Born To Run.” He also played “Loose Ends,” another outtake that is very rarely played. The real highlight for me was when he played “She’s The One,” which is a favorite of mine and my mother’s. Bruce ended the show with a cover of “Shout” by the Isley Brothers. 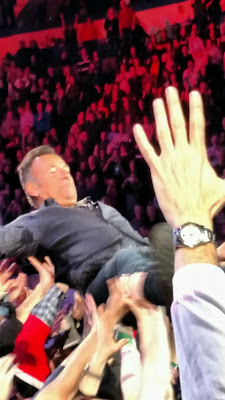 Bruce Springsteen takes the plunge, backwards into the crowd, and rides on the hands of fans back to the stage. (Justin Hern/YJI)

Bruce Springsteen is truly incredible. At 66 years old, he still not only plays music for almost three and a half hours, but also crowd-surfs, runs, jumps, and dances as if he were in his 20s.
He’s surrounded by an equally incredible band, including saxophonist Jake Clemons, nephew of late E Street Band saxophonist Clarence “Big Man” Clemons, drummer “Mighty” Max Weinberg, guitarist and longtime friend Steven Van Zandt, bassist Garry W. Tallent, pianist Roy Bittan, guitarist Nils Lofgren, Bruce’s wife and background singer/guitarist Patti Scalfia (who took the night off for our show), organist Charlie Giordano, and Soozie Tyrell on violin and vocals. 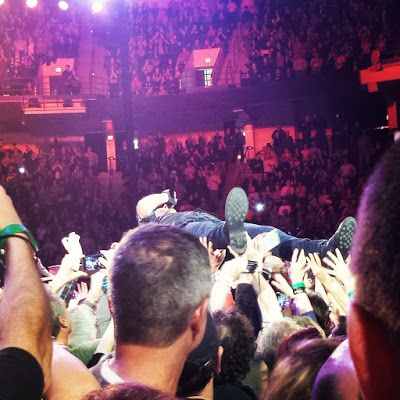 This concert was so much fun. Even though I had been to Springsteen shows before, each one is a totally new experience. Whether it’s due to where you’re watching the show, the songs he plays, or the people around you, it’s always different. Some of our friends came all the way from Japan to see the concert, which shows the worldwide effect that Bruce has. He also appeals to all ages, from people who discovered him back in the 1970s to people just discovering him today. That’s what makes Bruce Springsteen special.

Your tax-deductible contribution helps students
served by this non-profit organization. Thank you!
www.HelpYJI.org 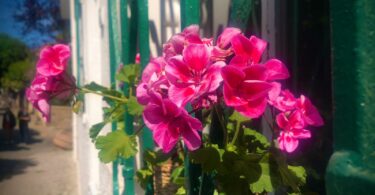