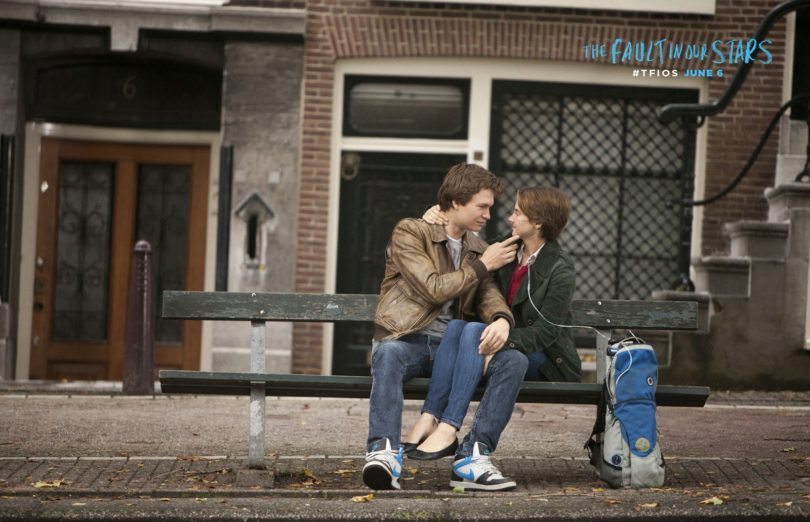 DULUTH, Minnesota, U.S.A. – The Fault in Our Stars, a movie based on the book by John Green, is a heart-felt love-story about two teenagers battling cancer.
If you plan on seeing this, I suggest you bring a mega-size box of Kleenex because it’ll get your eyes watering.

I received endless amounts of criticism for attending this movie before reading the book. Many of my book-lover friends claimed that the movie wouldn’t be worthwhile unless I read the book first.

I am here to say that for me, and many others who haven’t read the book, the movie was still worthwhile. Consider yourself warned: I would absolutely categorize The Fault in Our Stars as a chick-flick. This isn’t necessarily a bad thing; however, it definitely attracts teenage girl crowd.
The actors for this film fit the parts perfectly. Hazel Grace, played by Shailene Woodley, and Augustus Waters (Ansel Elgort), complemented each other perfectly.

There was a lot of criticism that having Shailene Woodley and Ansel Elgort as the star-crossed lovers was a bad move considering both actors starred as siblings in the recent movie Divergent.
It crossed my mind that it could be weird, but when watching the movie it didn’t faze me at all. The Fault in Our Stars is so different
from Divergent that it wasn’t a problem and wasn’t even a thought while watching it.
The plot of the movie was so intriguing, there was never a dull moment. The strength and hardships made it a very emotional movie but some soft humor often lightened the mood.
This is definitely not a movie for everyone. This is a heart-wrenching movie that will most likely bring you to tears within the first hour to the end of the movie. It tugs at your heart but makes you fall in love with the story, which was amazing.
Cancer is such a huge struggle in society today, but we rarely see romance films that also include such a tragic aspect such as cancer.
This movie is unique, emotional and romantic. I recommend The Fault in Our Stars to anyone who is okay with showing their soft side and shedding a few tears.
Allison Hall is a Reporter for Youth Journalism International.