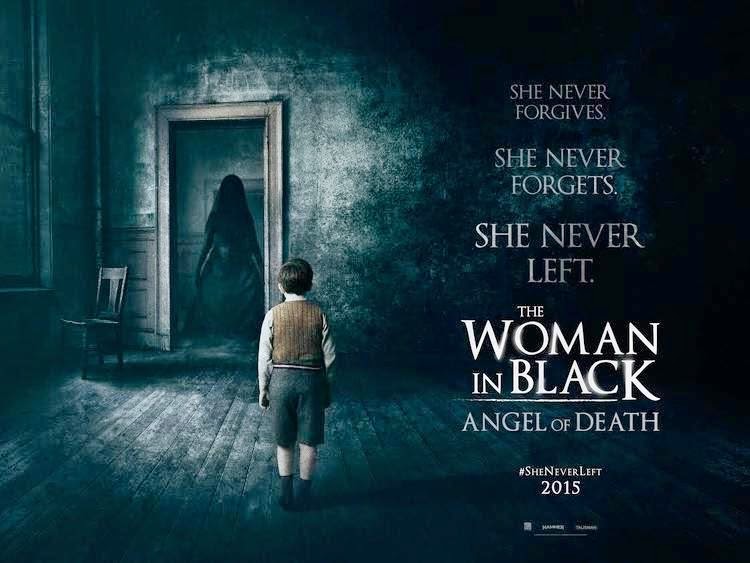 DERRY, Northern Ireland – Just like the first, The Woman in Black 2: Angel of Death provides more of a creepy and eerie atmosphere than that of a ghastly horror film.
Director Tom Harper portrays the scenes as dark and grueling, but it seemed short on scares.

It’s set during WWII, 40 years after Arthur Kips left the eerie countryside – now the deserted town of Crythin Gifford. Eve Parkins and Jean Hogg take evacuated children to the abandoned Eel Marsh House. On their way there, Eve meets pilot Harry Burnstow, who is stationed at an airfield near the deserted town.

Throughout their stay at the house a number of things begin to happen. The first occurs when one of the children, Edward – who has been mute since the death of his parents – gets locked in the nursery and sees the Woman in Black.
Eve eventually gets him out but figures something is wrong when Edward continues to carry a rotten doll with him.
What happens next may be slightly unnerving for some viewers as a child is shown dead on a beach covered in barbed wire. Eve then sees the Woman in Black in the graveyard. That’s
when she figures out that the Woman in Black, is haunting the house because of her son’s premature death and is punishing Eve, who also gave up her baby.
Unfortunately, back at the house, a young girl suffocates herself with a gas mask during an air raid. Harry brings them to an airfield which they then find out is fake. They soon find out that the Woman in Black has followed them as Edward brought the rotten doll with him. He escapes into the night where it is believed that he died by walking into a fire basket.
Eve figures out that Edward is not dead and is back at Eel Marsh house. She had to return because the Woman in Black wants her alone. She drives to the island where she finds Edward walking into the marsh to drown himself. Crawling after him, the ghost pulls them down. Harry comes to the rescue to save them but gets dragged down himself and dies.
This sequel to the Woman in Black falls flat on providing fans with the much loved horror they wanted to see. I had hoped to see more of Eve’s background story but of course we can’t always get what we want.
All in all I would only recommend The Woman in Black 2 to someone who wants to sit through 98 minutes of slight scares and jumps but I don’t think I will watch it again anytime soon.
Sara O’Hagan is a Junior Reporter for Youth Journalism International.
***
Your tax-deductible contribution can help support this nonprofit at
www.HelpYJI.org