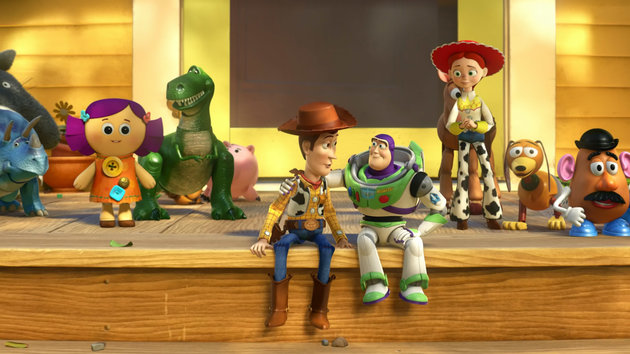 DUMFRIES, Scotland – Toy Story 3 is a fantastically exciting film which will get you sitting on the edge of your seat.
Throughout the film, we see how relationships between characters change in both good and bad ways.
It is also very comical in many places.
Brought to the cinema screen in 2010 by the Pixar Animation Studios and Walt Disney Studios, Woody, Buzz Lightyear, Rex the dinosaur, and Slinky Dog are back, as always, with a whole host of fun for the family in the third part of Toy Story.
Many other characters are added this time, including Mr. Pricklepants, Lotso, Chatter Telephone, and Barbie.
This film has a terrific story line. While Andy is leaving for college, the toys are accidentally given away to Sunnyside daycare center, a place which is said to be lovely and caring, but turns out to be a place with toddlers who misuse toys.
Woody wants the toys to return to Andy, but the other toys don’t agree.
It is Woody’s job to persuade the other toys to escape with him. Eventually, the other toys agree, but they don’t know what they’re in for.
The strawberry-smelling Lots-O’-Huggin’Bear leads them through a ton of danger, including sliding down a landfill metal-melting machine, nearly being caught by humans moving, and being wrecked by three-year-olds.
The 3D version of this film made the characters and settings stand out really well. I was tempted to stretch my arm out and touch the flying objects!
The characters were excellent and well-animated, with every word being animated as if their mouths were moving.

There were good special effects, and with the 3D, it was like you were standing watching everything happening.
There were some very sad points in the film, but at the same time they were very nice and the ending is a wonderful one.
The thing I like about the ending is that the film’s producers have left it open to another Toy Story film.
Toy Story 4, maybe?
I recommend that other children see this film, as it is excellent. It has a viewers rating of “Universal” and this is another reason why it’s great for families to view, and kids, too.
I hope that there is another Toy Story film to come out some day. I never want it to end!
Robert Guthrie is a Junior Reporter for Youth Journalism International