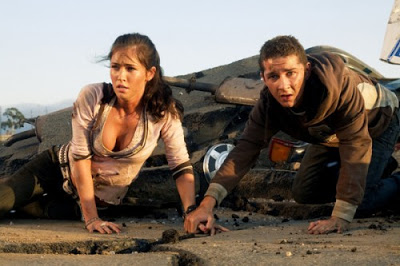 LUCKNOW, India – Seeing Transformers 3: Dark of the Moon in a multiplex with 3D was an awesome experience.

Transformers has always been a favorite among teens and kids, but this time with all of its hi-tech action, good background sounds and music, and a serious story line with few punches here and there, it proved a hit among grownups as well.

Starring Shia La Beouf as Sam Witwicky and Rosie Huntington-Whitely as Carly Spencer, this third movie in the series focuses on the rise of Decepticons once again.
The story has it all all: trust, betrayal, friendship, faith, drama, twist, fiction, animation and action.
Everyone acting in the movie was perfect for their roles, whether it is Ken Jeong as Jerry Wang or Tyrese Gibson as Epps.
The animation was amazing, with the Autobots converting into robots and then again into their respective car models in just a blink of an eye, leaving everyone open-mouthed.
Compared with the past two sequels, the movie certainly was a good one, giving solid competition to all the other releases.
In India, Transformers 3 did a great business.
Good work by the director Michael Bay and the entire team. Producer Steven Spielberg has it in him to surprise the audience every time, and I hope he continues to do so.
Harsha Mishra is a Reporter from India for Youth Journalism International.