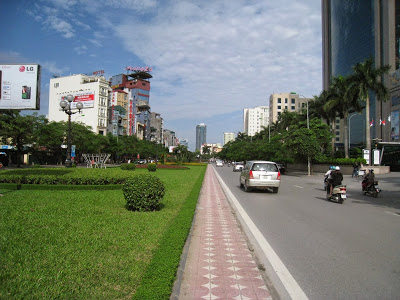 This Hanoi street on Tuesday afternoon showed no sign of Typhoon Haiyan. (Chi Le/YJI)
HANOI, VIETNAM – There have een floods and mild droughts in my native city of Hanoi, but never a storm that could level countless houses or steal a hundred lives.

Typhoon Haiyan, billed as “the deadliest storm in history,” struck us as possibly the first when we in northern Vietnam first heard the forecast.
Hanoi was spared, but the coastal provinces of Vietnam suffered much more terrible damage. I’ve heard news reports of a thousand houses damaged, fishing vessels sinking off the sea of Quang Ninh, where the world famous wonder, Ha Long Bay is located.
Many thousands of people left their houses for shelter. Relief efforts are currently underway in places that suffer from serious storm damage.
“The detrimental effects that Haiyan has had upon the lives of many civilians, especially those in coastal cities, are utterly undeniable,” said Duy Duong, a high school student who kept a close eye on news reports of the storm.
“Though officials have taken much precaution to reduce the severity of the disaster, Haiyan still establishes itself as an awesome force of nature.” 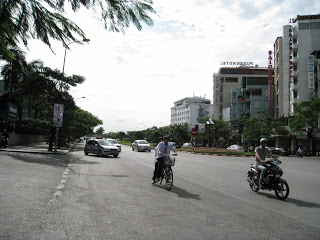 “I believe assistance from the government as well as cooperation and resilience of the people is crucial in the next stage of overcoming its consequences,” he said.

While in the coastal provinces, many people returned from shelter to shreds of their torn-down houses, in Hanoi today, everything seems the same. Students are back to their workload. People are carrying out their daily schedules as if there had hardly been any interruption.

I doubt if someone would look at the weather, the city or the people and guess a deadly storm went past us. Escaping the storm wasn’t a certainty, though, and Hanoi got ready to take a hit.

Authorities closed the schools Monday as the storm approached. Jogging my memory, I could recall several storms and flooding with water levels as high to my waist. My dad’s motorbike would break down in the sea of water during our ride home from school.

But I had never got an official day off despite all the heavy rains, the strong winds and immeasurable flooding around many locations in the city. It was different this time, with announcement from the Ministry of Education early Sunday.

It was clear enough to me how different the situation was going to be as Typhoon Haiyan headed for Vietnam after destroying part of the Philippines. 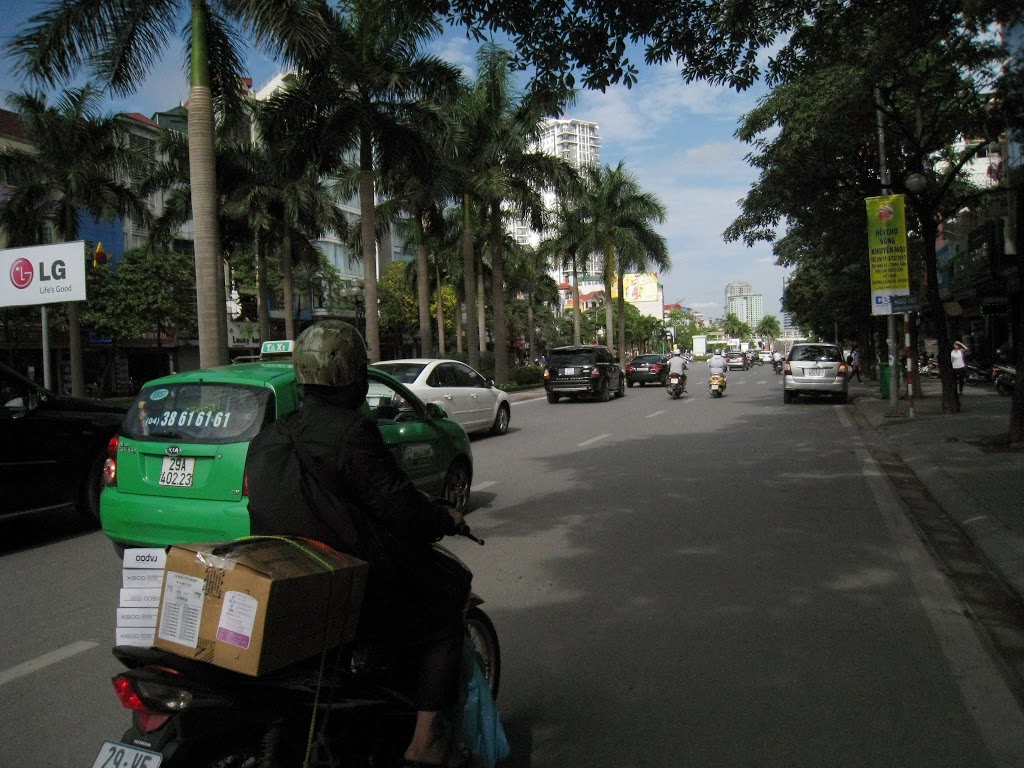 Traffic flowed  as usual on the streets of Hanoi Tuesday. (Chi Le/YJI)

As we prepared ourselves for the worst, we hoped for the best. Hanoi’s geographical position may have saved us from significant damage. Typhoon Haiyan seems to have lost its power considerably going deep into land.

An Nguyen, a high school student from Hanoi, agreed.

“I feel that we are so lucky because the storm did not leave us devastated,” Nguyen said. “Its influence was less drastic than previously expected.”

Indeed, it rained cats and dogs through Sunday’s night into early morning but around 9:30 Monday morning, the weather was sunny.

There was some slight flooding but I don’t think it could have hampered any traffic. The potentially most fatal consequence – fallen trees along city roads – luckily claimed no lives.

It stopped raining Monday and as I’m writing this a day later, sunlight penetrates my window and the sky is clear and blue. It’s hard to believe such fine weather could be the aftermath of a destructive storm that cost thousands of lives.

Chi Le is a Reporter in Vietnam for Youth Journalism International.