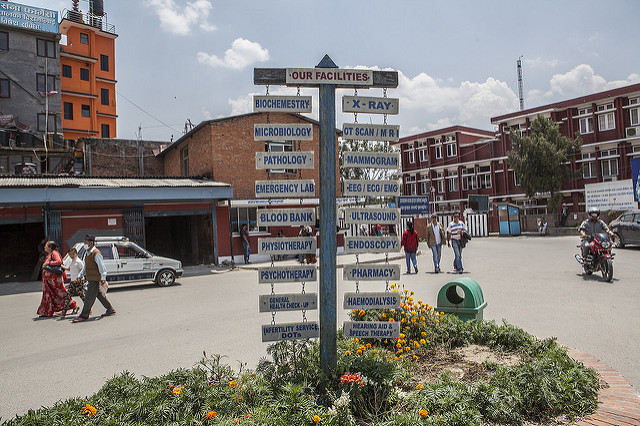 Hospital in Kathmandu (USAID)
POKHARA, Nepal – I came face to face with serious illness when an outbreak of jaundice struck my country this spring.
About a month ago, many large cities in Nepal saw an increase in the number of people with jaundice. Some people even died. 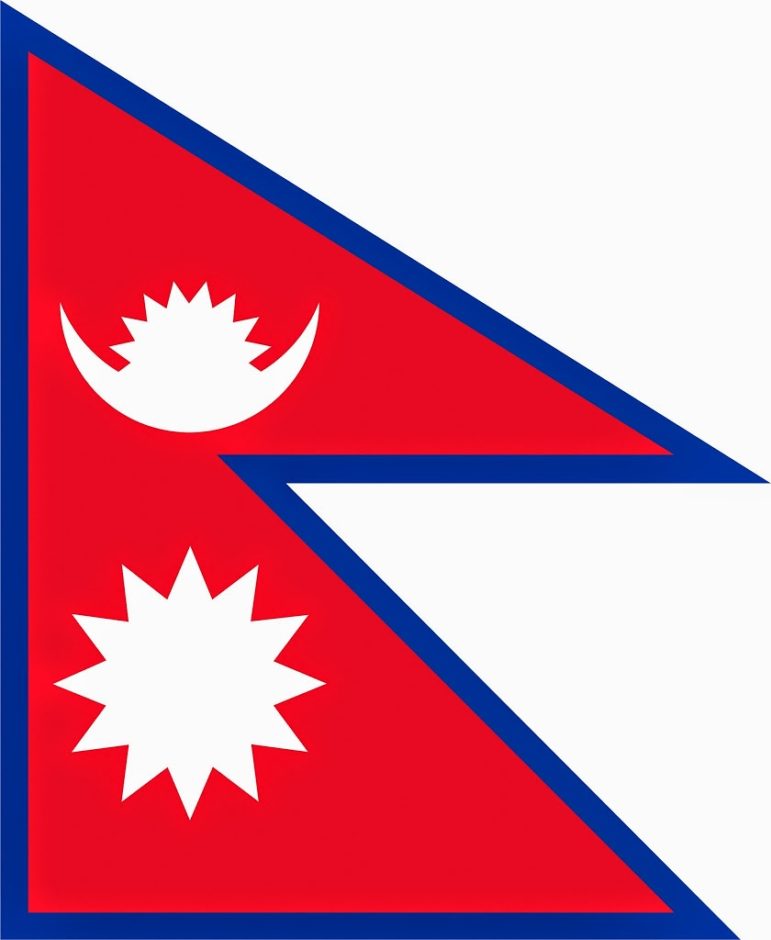 Jaundice, characterized by the yellowing of skin, eyes and mucus membrane in the mouth, is a symptom of a problem in the liver. It is not limited to either children or the elderly but can affect all ages.
It really caught my attention when it sent a friend of mine to the hospital.
I live in a hostel with about a dozen friends and two of them came down with jaundice.
The first, my friend Bhagawan, suffered from fever.
He didn’t show any interest in eating food and said even drinking water made him feel like vomiting. 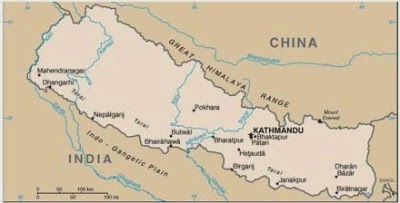 He became so weak and after three days we took him to the hospital for a check up.
Dr. Kiran Regmi checked his blood and said, “Your friend is suffered from jaundice and he should
be hospitalized.”
We were shocked.
I asked the doctor to explain since I didn’t know what jaundice was.
“Actually jaundice is not diseases it is a symptoms of various diseases,” Regmi told us.
The doctor explained that people become jaundiced when there is too much bilirubin in the body, which can mean that there is something wrong with the liver.
Regmi said it can include hepatitis, which can lead to liver failure and even death.
“It is usually caused by contaminated water,” the doctor said.
After the doctor reviewed his test results, Bhagwan was admitted to the hospital.
A few days later, our friend Sandip Regmi started having jaundice symptoms and we took him to the hospital.
The doctor told us that jaundice can be transmitted through water. He said patients should be kept in the hospital for a week.
It takes about six weeks to be fully recovered from jaundice, he said.
After a week our friends were discharged from the hospital. We sent them to their respective houses in case it could be contagious. They’re both at home, taking medicine and recovering.
My two friends who got jaundice are not alone. When we visited them several times in the hospital, we saw many others also suffering from jaundice.
With this outbreak, there was a lot of public health information about jaundice and avoiding it. I learned that infection can spread through drinking water that is contaminated with human feces.
Good hygiene can prevent these problems. I found out that it’s important to wash your hands before eating, eat only properly cooked food and drink boiled or clean water.
Because of the jaundice outbreak, water departments in some places installed pipes to prevent drinking water from mixing with sewage.
It is said that prevention is better than a cure. After analyzing this entire jaundice outbreak incidence, I’ve concluded that people should adopt good health habits to avoid diseases rather than being victimized and having to treat it.
Nirajan Kathayat is a Junior Reporter in Nepal for Youth Journalism International. 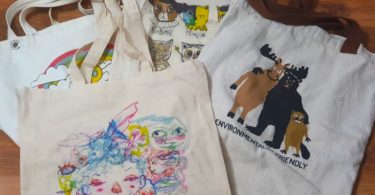 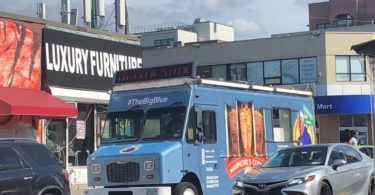