The concept for the new label grew out of the same idea that propels Van Zandt’s popular radio program, Little Steven’s Underground Garage.

“I wasn’t hearing my favorite songs on the radio,” Van Zandt said.

As founder and sole owner of Wicked Cool, Van Zandt plans to distinguish himself from the major labels.

While $10,000 may not be chump change to the average consumer, Van Zandt said that compared to the major labels, $10,000 is no big deal to spend on making a record. 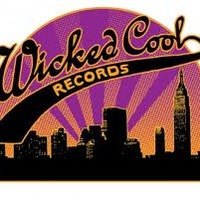 It cost about $200,000 to produce an album 20 years ago, Van Zandt said, and for the big labels, the price is even higher today.

With promotion, that figure can rise even higher, he said.

“A record on a major label has to come out and sell a million records for them to break even. That’s insane,” he said.

Despite lower production costs, promotion for one of Van Zandt’s records still usually ends up costing about double the recording cost, he said.

“Creating something is only half the story,” he said. “The other half is selling it. If you can’t sell it, then you’re wasting your time making it.”

Van Zandt said he’s got a label manager, graphics person and salesperson already, and intends to hire a few more people for the new company.

He’s going to hire one person, Van Zandt said, just to get songs from the label into television commercials. Another new staffer, he said, will work to get the songs placed in television programs and movies.

It’s a reversal from the past, Van Zandt said, when musicians who allowed their songs to be used commercially were considered sellouts.

Van Zandt said today’s bands have to go for the exposure if they want to make it.

“Now, if you don’t have a song on a commercial,” he said, “your career is over.”

But despite promotion and low budget production, Van Zandt knows that the key to success for his Wicked Cool Record Co. rests with the quality of the music.

“We have to make better albums,” said Van Zandt.

While he wants buyers to purchase an entire album instead of just a few singles, Van Zandt said he can’t blame consumers for buying just one song if it’s the only good one.

His records will be different, Van Zandt vowed.

“When they see Wicked Cool, I want them thinking, this has 10 to 12 good songs on it,” said Van Zandt.

But while Van Zandt wants fans to enjoy the records, he also wants them to pay for them.

“If people continue to steal stuff, music is just going to go away,” said Van Zandt.

The current price of 99 cents for a single song can’t go any lower, said Van Zandt.

Of that 99 cents, Van Zandt said, the label gets 52 cents after paying a distribution fee and other deductions.

The label has to pay for publishing the record, promoting and packaging it as well as pay the band out of that 52 cents and still make a profit, according to Van Zandt.

With rare exceptions, said Van Zandt, Wicked Cool will only sign bands that have already been produced by a small label.

“We’re trying to support the independent labels,” said Van Zandt, who said he listens to 10 to 20 new albums a day looking for talent.

It’s tough for new bands to get noticed, but since starting his radio show four years ago, Van Zandt said he’s played songs by about 160 new bands.

“They’re all good or else I wouldn’t a played ‘em,” said Van Zandt.

From those, he’s signed a few for his new label.

Initially, Wicked Cool is putting out albums by The Charms, a new Boston-based band, The Chesterfield Kings, an ‘80s garage rock band, and The Cocktail Slippers, a girl group from Oslo, Norway.

The label will also release a quarterly compilation, The Coolest Songs in the World, featuring Van Zandt’s picks from his radio show.

In addition, Van Zandt said, his label will be re-releasing some albums by artists that have previously been overlooked by consumers.

Van Zandt acknowledged that some of the records may be hard to find in large music stores.

“The world of rock and roll right now is pretty much an underground movement,” said Van Zandt.

A new deal with Best Buy, however, will make it easier for shoppers to locate releases by Wicked Cool.

Beginning this year, half of the Best Buy stores will have an Underground Garage bin to make it easier to find the records, Van Zandt said.

While Van Zandt may believe that rock and roll might never again be in the mainstream, with his Wicked Cool Record Co. he may just be able to change that.