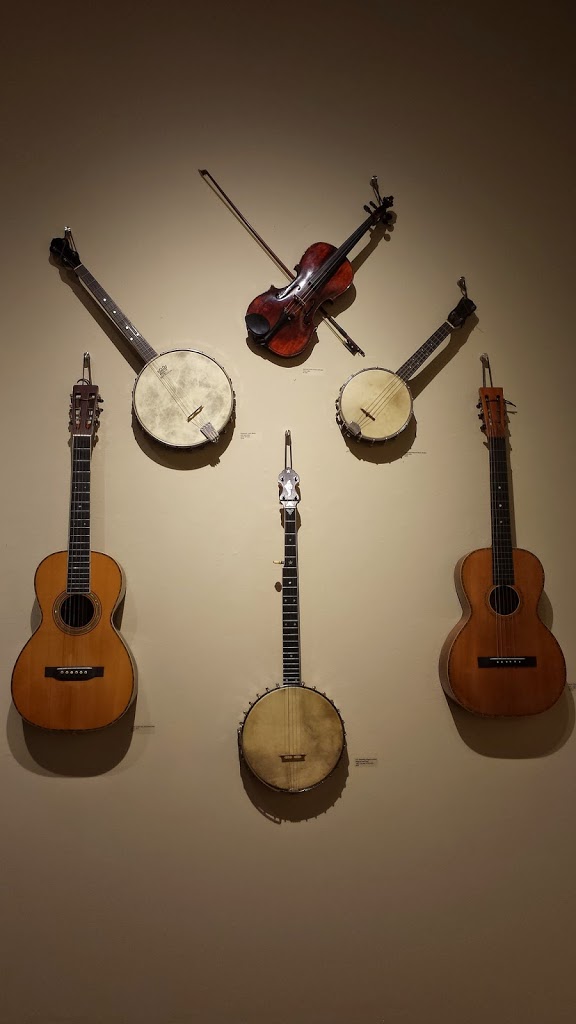 Stringed instruments on a wall at TheaterWorks. (Mughda Gurram/YJI)
HARTFORD, Connecticut, U.S.A. – Woody Guthrie is a great but not well-known figure from America’s cultural history.

Although history can be a dull topic for some folks, TheaterWorks production of “Woody Sez” tells the life story of American folk-legend Guthrie in a fun and musical way. 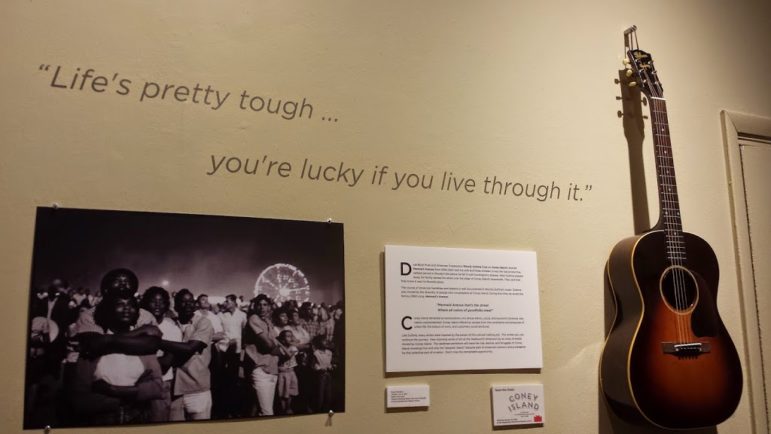 Woody Guthrie quote along with historical photos information and a guitar on the wall of a gallery at TheaterWorks is on display for the “Woody Sez” show. (Mughda Gurram/YJI)

The four-person cast displayed great talent, singing, acting, and playing a variety of musical instruments throughout the show, including the violin, guitar, and even the spoons.
As a big fan of musicals, I loved all the songs, although my favorites were probably “Talkin’ Dust Bowl” and “Pastures of Plenty.”
And as a musician, I admired the actors’ ability to transition smoothly between singing and playing their instruments, not to mention their amazing ability to project without microphones.
The cast kept the audience engaged during the entire show, joking around, even going down and dancing with an audience member at one point.
Throughout the show, audience members laughed and clapped along with songs. It was amazing to hear complete silence in the room as the audience watched Woody go through many trials of grief and sorrow.
Lutken, who helped create the show, expressed his gratitude for everyone’s warm reception saying, “I’ll tell you what, man – welcome to Hartford.”
The audience joined in with the cast as they sang what is probably Guthrie’s most beloved song, “This Land is Your Land.”
At the end, the audience gave the cast a well-deserved standing ovation, followed by one last performance of “Worried Man Blues.”
The show, one of the most popular productions in the history of TheaterWorks, closes Sunday after an extended run. 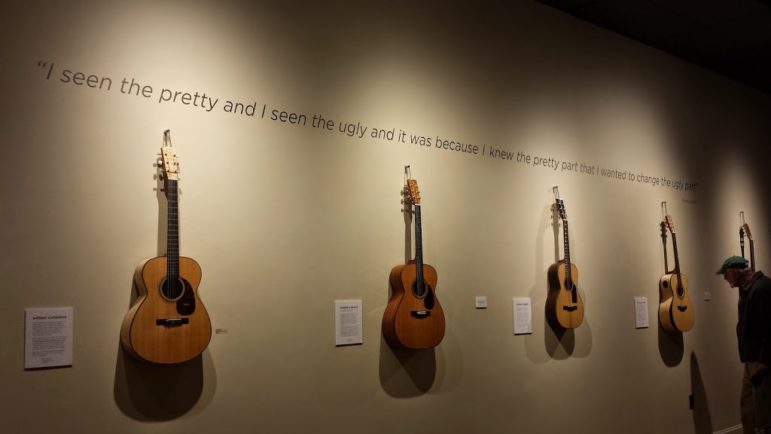 In a gallery above the performance space at TheaterWorks, quotes from Woody Guthrie are on the walls along with a variety of stringed instruments. (Mugdha Gurram/YJI)