LAFIA, Nasarawa, Nigeria – As a teen who grew up in the suburbs, I was privy to countless tales of heroes and heroic deeds. Here, suburban people spend much more time than you can ever imagine reminiscing about the past, especially about heroes. 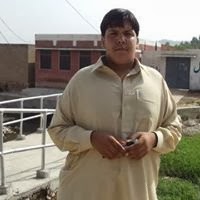 From a public Facebook tribute page, this is a photo of Aitazaz Hassan Bangash, the Pakistani teen who died stopping a suicide bomber at his school on Monday.

Our history teachers in secondary school filled us with stories of the nationalists who fought doggedly for our independence. We loved to hear of them, especially Nnamdi Azikiwe and Herbert Macaulay, two legendary Nigerians who never stopped clambering for independence until it was granted.

I’ve read about many heroes through books and memoirs, but sometimes in a half-hearted way.

But yesterday, after hearing of what Aitazaz Hassan Bangash, a teenager from Pakistan, did, I began to come to grips with heroism and what it really takes to be a hero.

Here is a teen who skirmished with a suicide bomber disguised in a school uniform to save hundreds of his schoolmates who were gathered for their morning assembly at his school in the northern part of the country.

According to CNN, Aitazaz died after the suicide bomber detonated the bomb while Aitazaz was struggling with him on the main gate of his school.

Both of them died!

Here is a teen who forgot everything – his safety, life, future, education and family to save the lives of other students.

This is bravery. This is an extraordinary achievement that takes superhuman courage.

While other students fled for safety, he didn’t run. He confronted the bomber instead. What do we call this?

Aitazaz is young, but his uncommon bravery made him a hero. He died serving others. He’s credited with saving the lives of hundreds of his schoolmates.

He died to tell us all that selfless services to humanity, among other things, are what every society needs to progress and survive.

Aitazaz is a teen hero such as I have never seen. I have heard of Malala Yousafzai, too. She’s great, no doubt.

Aitazaz deserves a posthumous award for his bravery, and his name should be remembered.

Particularly in Nigeria, we need selfless men and women who are willing to give up selfish desires for a better society.

So Aitazaz must be remembered for his selfless service and heroic courage in Pakistan and beyond.

Aitazaz is gone, but he deserves never to be forgotten.

Linus Okechukwu Unah is a Reporter for Youth Journalism International.