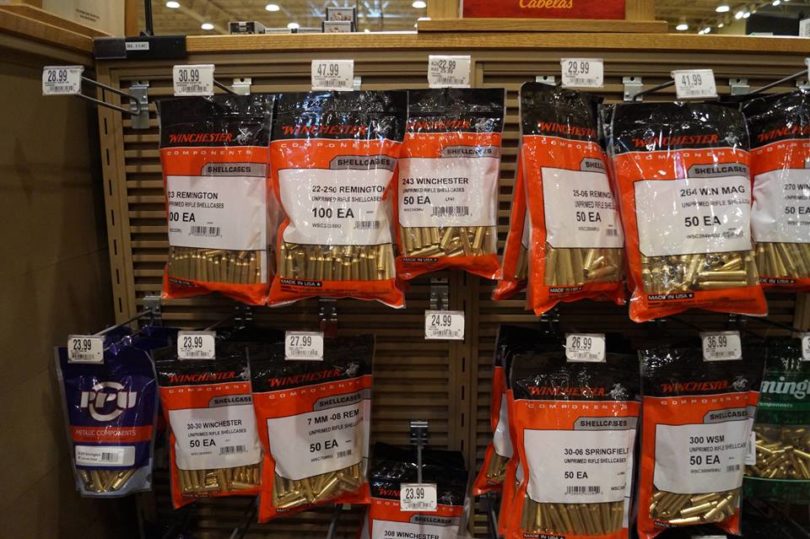 Melbourne, AUSTRALIA – We heard the news of yet another school shooting in the United States, this time in Florida. The Feb. 14 assault at Marjory Stoneman Douglas High School in Parkland is an all-too-familiar story, unfortunately, and one that is not becoming any easier to comprehend.
As a young Australian, I have never experienced anything to do with guns. Our last mass shooting was in 1996, and that was two years before I was born.

Every time I hear that there has been another shooting in America, whether it is a school shooting or not, I just find myself feeling angry and confused.
As a complete outsider, I don’t understand why nothing gets done after any of the shootings to fix the problem.
I understand that the NRA is an extremely powerful organization in many ways in the U.S., but surely that does not mean they can’t be ignored in favor of meaningful reform.
The Catholic Church is a powerful entity in Australia, and we still got same sex marriage legalized. It is the same in a country that is even more Catholic than we are, Ireland.
After a mass shooting in the tourist town of Port Arthur in the Australian state of Tasmania in 1996, then Prime Minister John Howard brought in comprehensive legislation to heavy regulate guns.
The reforms banned all fully automatic or semiautomatic weapons. The only exception was if the potential buyer could provide a valid reason to purchase the gun.
Self-defence was not a valid reason. Valid reasons included sport shooting and work as a security/prison guard. Even if the potential buyer has a valid reason, there are still a lot of checks that they need to go through before they can get the gun.
Last week we heard in Australia about President Trump’s plan to arm trained teachers with guns, and how he dismissed Australia’s gun reforms. This news left me both confused and angry.
Why doesn’t Trump want to adopt a policy that works? If someone can explain to me why this is the case, I would love to know.
Some of the arguments against gun reform have also been quite mindboggling and confusing. I do not know if Americans find them as mindboggling as we do, but I hope they do. People say it is not the guns that are the issue, but they are. Without the guns, the mass shootings would not happen.
There are probably other reasons, but from my perspective, the two main anti-gun reform reasons, or barriers to gun reform, are the NRA and the Second Amendment of the U.S. Constitution. I understand that the NRA is a big political force, but simply reform the laws so groups like the NRA cannot give political donations. Then finally politicians won’t be swayed to make decisions that are in favor of their agendas.
The Second Amendment of the U.S. Constitution is from an era that is long gone and should not be interpreted the way it is these days. It was written in a time where there was a legitimate threat from a foreign military, the British, going into settler’s homes.
Today, the U.S. has a well-structured and well-equipped military to defend its citizens and make sure that does not happen, which back in the 1700s was not the case.
There is no longer a need for civilians to have guns as a means of self defense and protection.
Some people might say that they need the guns to protect their family from gun crazy, mentally ill people. To that I say, reform your mental health system so that the threat no longer exists.
Australia has mentally ill people, but most Aussies do not have guns in their home for any reason.
It has been good to hear about the student protests that have been happening in the last few weeks. A school shooting is one of those things that you never think would happen at your school, so it is good to see these kids turning what is a horror and a tragedy into something positive and meaningful.
This particular shooting is not unique as far as I’m aware, but that does not mean that the students involved cannot do something toward fixing the problem.
I hope American lawmakers finally do something to change what has become a systematic problem, but I’m not confident. There have been too many other mass shootings like this one before, and nothing has been done, so why would this time be any different?
Alyce Collette is a Senior Reporter for Youth Journalism International.