HARTFORD, Connecticut, U.S.A. – Despite ghastly predictions of thunderstorms and tornadoes, more than 50 people turned out for the Connecticut premiere of Linotype: The Film at the Mark Twain House & Museum Thursday night.

The screening – a fundraiser for Youth Journalism International in partnership with the Twain House – featured special guest Carl Schlesinger.

Schlesinger is “one of the preeminent scholars, and a former operator of, the Linotype machine,” said YJI alum Natalie Minor, who is Schlesinger’s granddaughter. She traveled from New York to attend the screening and help him introduce the film. 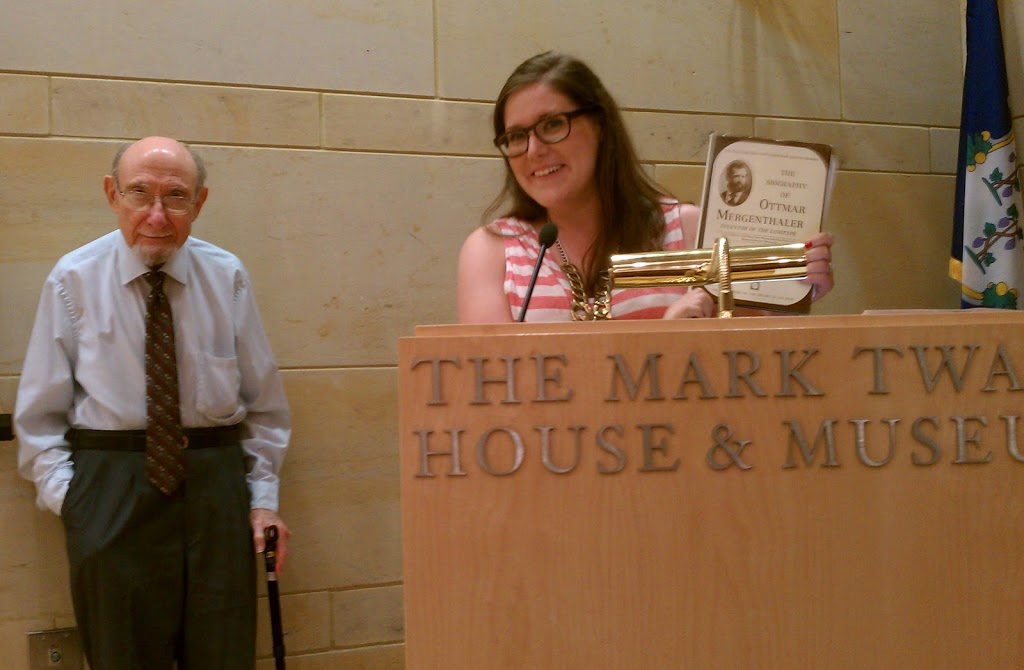 Carl Schlesinger waits while his granddaughter Natalie Minor introduces him and shows off the biography he wrote of Linotype inventor Ottmar Mergenthaler. (YJI)

Minor, who now works at Facebook, said she likes to think that her career in communications honors her grandfather’s legacy in newspapers.

Schlesinger, who has a prominent role in the film, operated a Linotype machine for 35 years at The New York Times. He also wrote a biography of Ottmar Mergenthaler, the German immigrant who invented the Linotype machine, which revolutionized the printing industry and society itself. 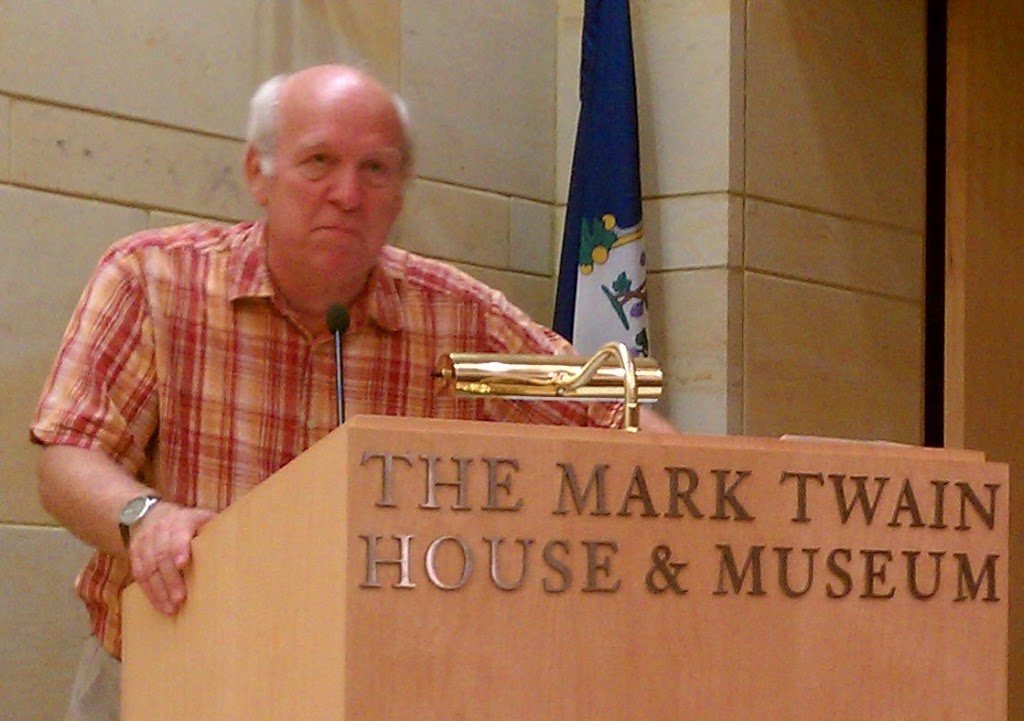 Steve Courtney of the Mark Twain House & Museum appeared in Linotype: The Film spoke to the movie crowd about Twain’s failed investment in the Paige Compositor, a competitor of the Linotype machine. (YJI)

He’s a delightful man and the crowd definitely loved meeting him and hearing what he had to say. We’re glad he could be with us and are grateful to Natalie’s parents, Laura and Craig Minor, for making it all happen.

Our wonderful audience also loved the movie, offering something rare at the end – applause. We’re so thankful they braved the elements and spent the evening with us.

Our generous hosts at the Mark Twain House, Jacques Lamarre and Steve Courtney, have our deepest gratitude for all the time and effort they put into making the night a great success.
We’re looking forward to working with them again. 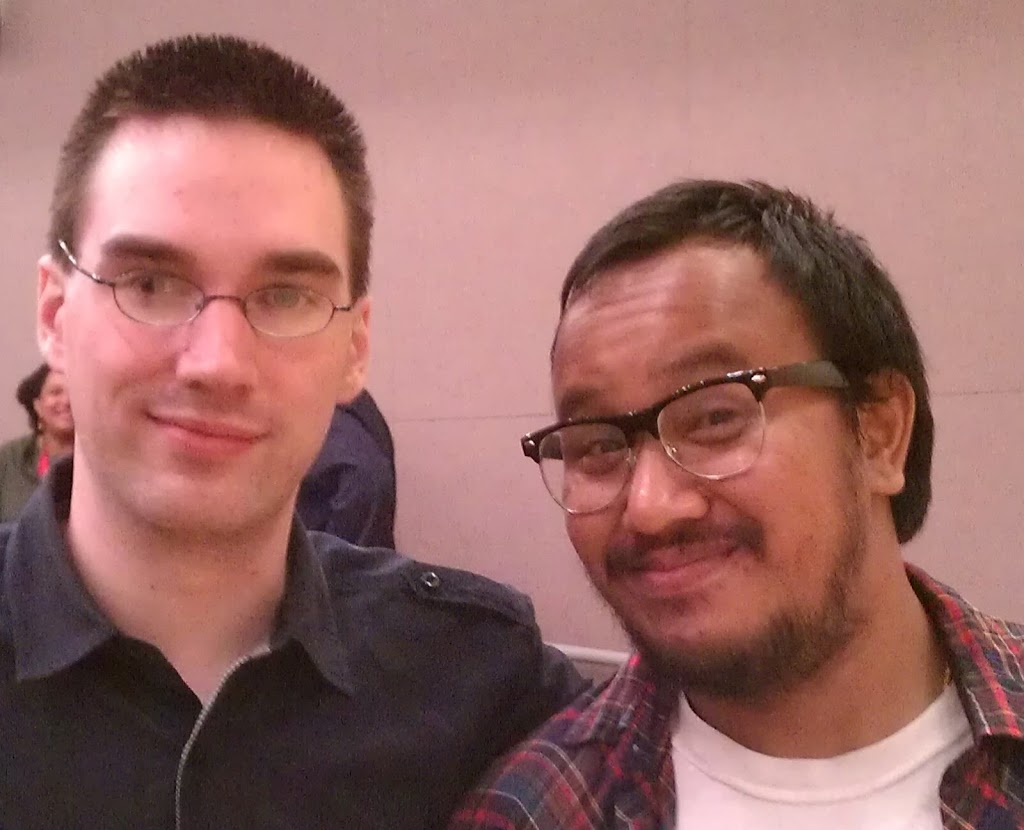 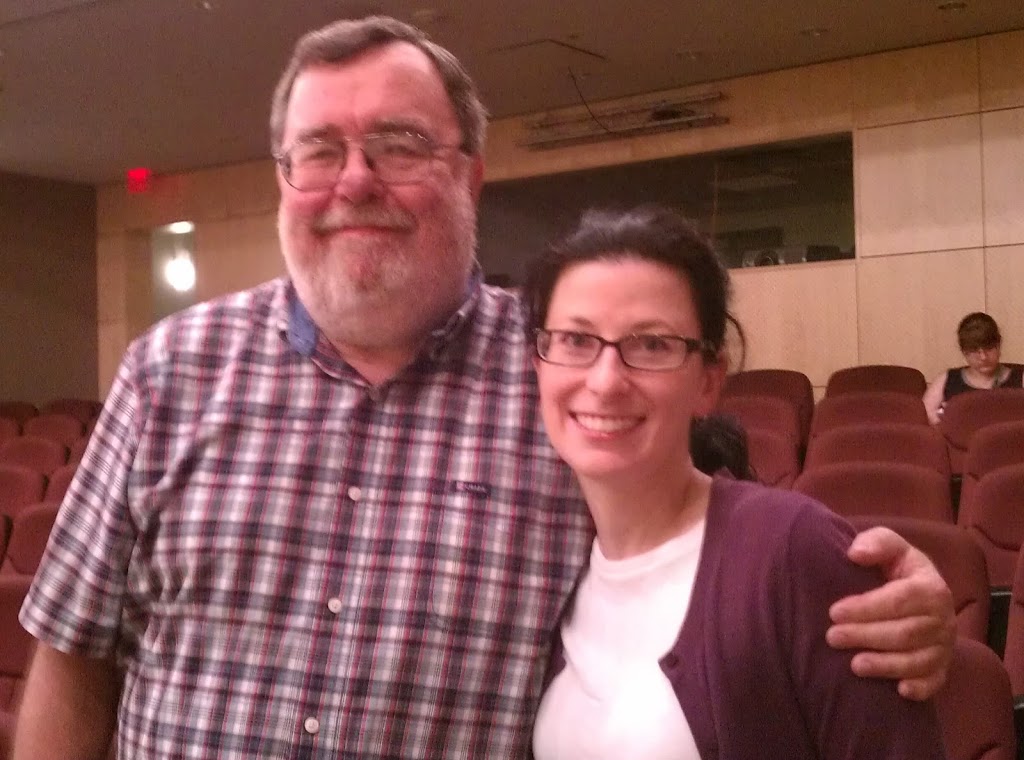 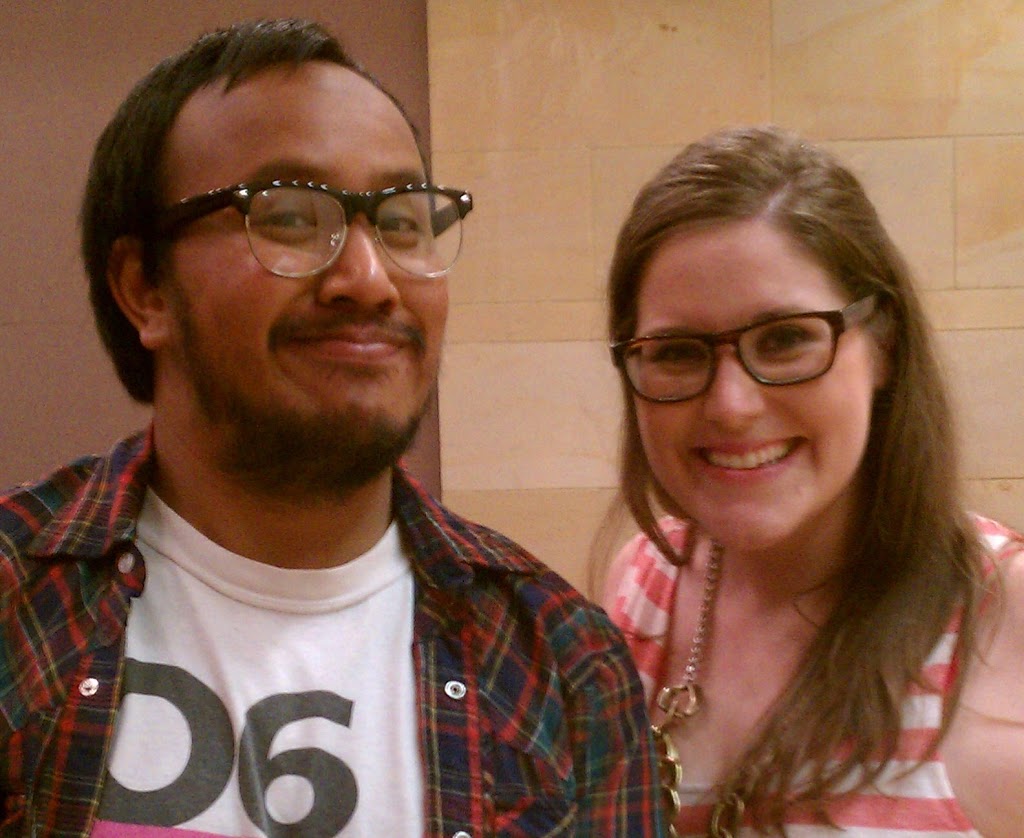 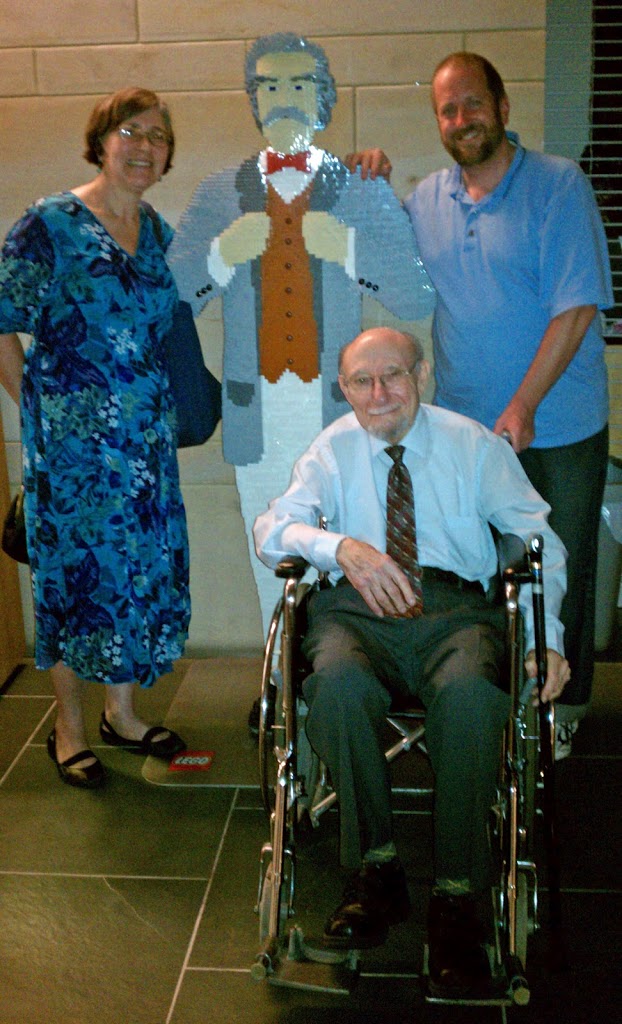 Laura Minor, her father, Carl Schlesinger (seated)and Jacques Lamarre of the Mark Twain House & Museum pose with a Lego statue of Mark Twain after Thursday’s screening of Linotype: The Film.