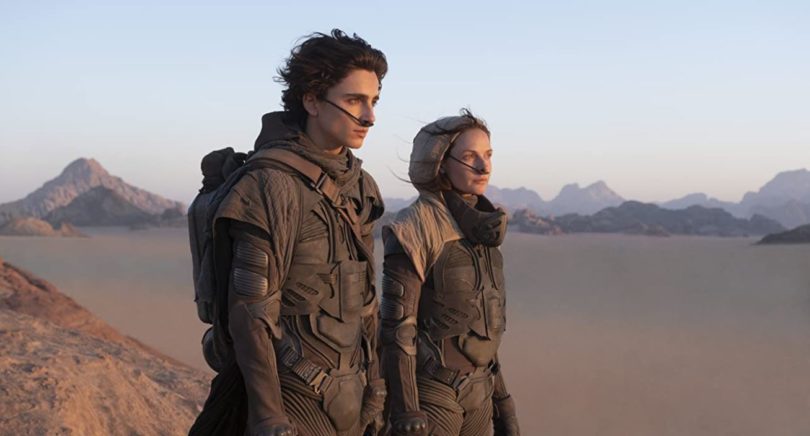 Now that it’s released, in theaters and on HBO, the question is whether it lives up to expectations.

The first movie of what may become a series like the “Star Wars” franchise, the science-fiction film tells the story of a fight to control the spices of the planet Arrakis, primarily focusing on Paul Atreides (Chalamet), the heir of House Atreides.

The story holds the audience despite a slower pace than the movie’s trailer showed beforehand.

This is largely because its plot is set in a different universe so it has to provide a back story and to explain this new world to moviegoers who don’t know the book. To immerse the audience in the tale, and keep people interested in expected sequels, the scenes on screen must be fully developed.

That leaves the real question: is the movie too slow-paced?

Overall, I have not been able to decide if I fully enjoyed the movie or not.

On the one hand, its slow nature and rather complicated back story led to a great deal of confusion for me while I watched the film unfold.

On the other hand, the unique plotline made me curious to see what would happen next.

All in all, the movie is worth watching for its amazing cast and unique story. But be prepared to be puzzled at its unexpected style and plot.

And, one last thing: Do not watch the movie just to see Zendaya. She is not on screen nearly as much as you would expect and you will definitely be left disappointed if you’re expecting more of her.

Aimee Shah is a Reporter with Youth Journalism International from London.