Ludwigshöhe, GERMANY – The word “home” is always hard to define, considering that it is something you feel rather than an actual place.

Most people consider the place they live their home. But if you have not lived in one place for most of your life, it is difficult to know where “home” is.

I am 16 years old and have moved into 10 houses due to my father’s job and, later, my parents’ divorce.

I’ve lived in four towns in Germany as well as one close to Birmingham, England and Portmarnock, Ireland.

Plus I spend every other weekend with my father and his new girlfriend at yet another place.

“Home is where the heart is” might be the most common figure of speech about home. But how can you figure out where your heart is?

My family is split up, and the only time I have been in love, it was unrequited, so I can hardly use my heart to define home. 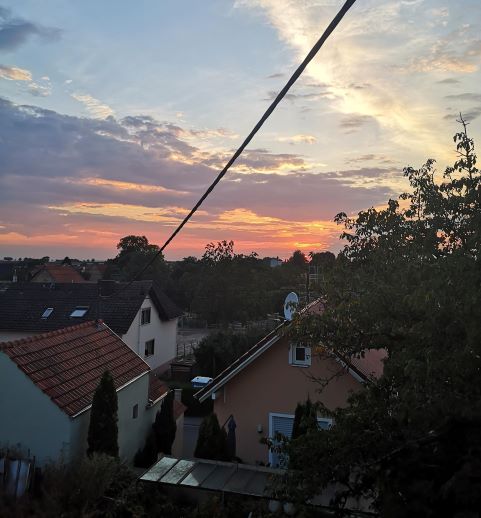 Many people call their house their home.

Right now, I live in a house in Ludwigshöhe, Rheinland-Pfalz, Germany.

It’s in a town with fewer than 600 inhabitants, a church and some vineyards. It hasn’t got any shops, stores or attractions.

There is no bakery, no supermarket, no hairdresser, and no school.

To get to anything much, you need to take a bus to the next town. Busses arrive once or twice a day. Walking takes half an hour.’

There is little to do in Ludwigshöhe, especially for someone who has always known the town but never spent much time there, someone with no friends in the area.

It can be isolating.

This is a Christian town – and an old one.

Identities like gay and lesbian are known, bisexuality frowned upon. No one has ever heard of pansexuality, asexuality, nonbinary or transgender identities.

There are no protests.

You are considered an outsider if you have lived in the town for less than a decade, if you dress unconventionally, if you experience attraction to the same gender or if you want to ride a motorcycle.

It’s a judgmental place and news travels fast or not at all. Important news does not travel but gossip is heard by everyone.

When residents hears a siren, they pick up the phone to make some calls and cannot rest until they know exactly what happened.

Families have the same conversations every day because there is nothing new to talk about. Topics include the weather, the neighbors’ lawn-mowing habits, whether or not someone is on a holiday and whether or not their windows are open.

This town has many traditions.

Every other year before Christmas, there’s the “Adventsfenster,” the advent window. Every night, a different family hosts the event and everyone who is interested comes to their window to sing Christmas carols and drink Glühwein.

Also the Carnival parade is important to the town. It only has two wagons and is short. Even if the whole town participated, it would still be short, but only a fraction of the people even show up.

There used to be masses in church every Sunday. Then it became every third Sunday. With the advent of covid-19, there wasn’t a mass for months. Most children in Ludwigshöhe serve as altar girls or boys at some point. 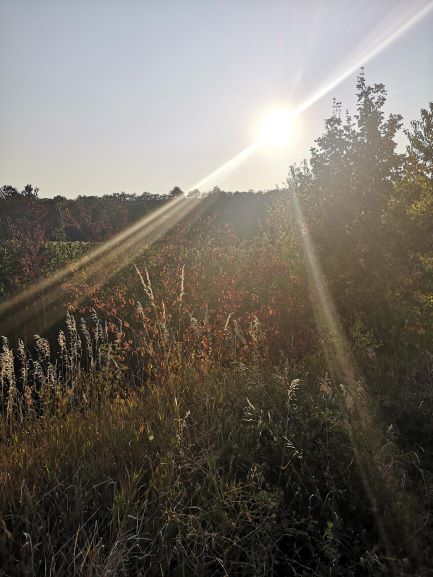 Another thing about Ludwigshöhe is that no one has ever heard from it. Even people who live near here have never heard of it.

Friends of people who live here proudly state that they have a friend in Ludwigshafen, a city far away from here which has nothing in common with Ludwigshöhe except the first eight letters of the name.

The thing is, though, that you can always turn negative points into positive ones by finding the silver linings. And it’s better for your mental health, too.

So let’s focus on the good things about Ludwigshöhe.

Because the town is quite isolated in the countryside, it was not affected badly by any war, and even the pandemic lockdown did not change much.

The country is beautiful, with lots of green vineyards, and the Rhein is nearby, so you can ride your bike alongside Germany’s biggest and most famous river.

Since the town has few inhabitants and property is often passed down from generation to generation, there are big gardens and old-fashioned houses with low ceilings.

I live in a house like that. It has two staircases even though it is smaller than the average family home. The living room is upstairs, which can be inconvenient when there’s someone at the door, waiting impatiently.

Spiders love country houses, as well, but I fell in love with this one the first time I saw it.

All in all, I dislike most of this town, though.

The isolation, the lack of job opportunities for teens, the absence of shops or a school are too much. 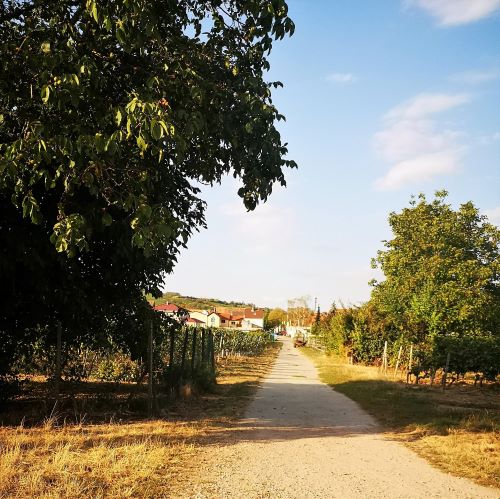 We have no night life or teenage cliques, no cool fashion style or slang words or parties, not even a coffee shop.

But what we also don’t have is all of that negativity that has been going around this year. I hate the pointless conversations with people who know my family and therefor feel entitled to walk with me whenever I’m outside, along with all the gossip.

But I do like having family around and not being affected by the pandemic much.

I’m grateful for the nature around me and the quiet life I can lead here while other parts of the world are in chaos, burning or flooded, a contract to so much of 2020 with all of its murder and police brutality, transphobia, and natural catastrophes.

This is a small, quaint, quiet town, and as much as that annoys me as a 16-year-old, I’m also incredibly grateful for it.

In short, I cannot identify my “hometown.”

I have lived in many places, grew up bilingually and have been faced with change more times than I could count.

Home can be whatever you make of it, a place where you feel content and at peace.

And though I do not intend to stay here, Ludwigshöhe is that for me.

Annalena Stache is a Reporter for Youth Journalism International.