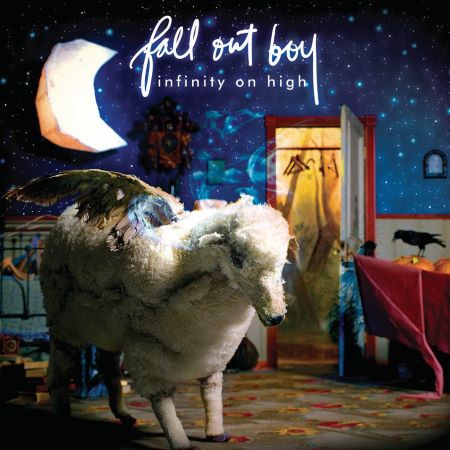 MILLRY, Alabama, U.S.A. — Infinity on High, the latest album from rock band Fall Out Boy, meets and exceeds all expectations.

The music on this album is very different than past albums, thanks to recording artists Babyface and Jay-Z, who worked with Fall Out Boy to create this musical mix.

The cover art to this album was a hit despite its unusual setting, but then again, this is Fall Out Boy we’re talking about. Most songs were hits too, but a few were total misses.

There were four standout tracks on this album that deserve recognition.

“This Ain’t a Scene, It’s an Arms Race” is the first officially released single from Fall Out Boy’s new CD. Although its title may not be grammatically correct, this song is a great addition to the album. It’s catchy and has tons of energy, thanks in part to the guitar-heavy chorus.

“Golden” is also a standout because it has depth and is so different than the other songs on this album. With its acoustic feel, heartfelt lyrics, and the incredible voice of lead singer Patrick Stump, you can’t help but love it.

“I’ve Got All This Ringing in My Ears and None on My Fingers” is a fitting ending to the album. The beat and instruments set this song apart from the rest. Its raw sound, great lyrics and amazing vocals take this song to the next level, making it a Fall Out Boy masterpiece.

The first song on this album is entitled “Thriller.” In all honesty, this song was no thriller. I began to get bored listening to it, which was not a good way to start. “Thriller” sounds like every other song they have done in the past, minus their normal edge. I do give them credit for good guitars, though.

“Don’t You Know Who I Think I Am?” is also a total miss because portions of the song sound completely out of place. This track seems like a filler, just a song to take up time and use lyrics that didn’t go with any other song.

All in all, Fall Out Boy has definitely stepped up their game with Infinity on High. It’s a true testament to how much the band has grown musically.

The music is so compelling that it draws the listener in and refuses to let go.

Infinity on High is a great accomplishment for the guys of Fall Out Boy and a great addition to any music lover’s CD collection.

Mallory Mitchell is a Reporter for Youth Journalism International.