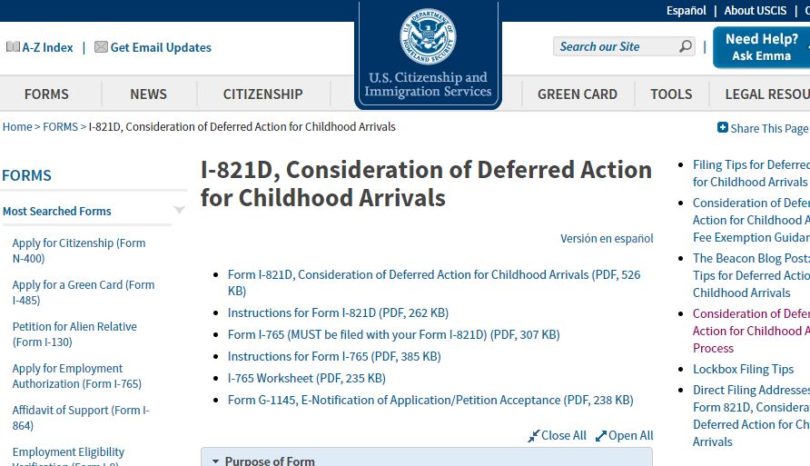 GLENWOOD, Iowa, U.S.A. – Until recently, DACA was just another acronym to me.
Before President Trump announced he would abolish this specific policy established by the Obama administration, I was unaware of its existence.

Now, the Deferred Action for Childhood Arrivals policy is all over the news.

And I hope other students are learning about its significance as well.
For those also unknowing about DACA, this consequential act was initiated in 2012 under President Barack Obama. It was an approach designed for immigrants under the age of 31 whose parents illegally brought them to the United States before their 16th birthday.
Once vetted and accepted into the DACA program, they are able to obtain a work permit and avoid being deported for two years. At the completion of this two years, their case is re-evaluated to decide their continued stay.
This may seem basic –and possibly over-exaggerated – to Americans who have the right to live and work here without question.
Yet the instigation of DACA extended an opportunity for children brought illegally into the U.S. to have a chance at the “American” dream.
As a citizen born in this country, I’m always surprised by the hardships that immigrants and refugee families face.
My boss told me about moving here at age 12, speaking primarily Spanish. He then picked up English in school until he was fluent.
My co-workers and customers have similar biographies.
Some were brought to the U.S. as children, before they were aware of it. Others were separated from their friends and family as adolescents, and brought here for a better life.
There are many stories of legal relocations, but several also were initially brought here by their guardians in violation of immigration laws.
Naturally, the innate instinct of a parent is to protect their child and offer them the best life that is possible. With the adoption of DACA, the U.S. government recognized that children were facing the repercussions of their parent’s choices.
Now, with the eradication of this policy, nearly 800,000 “Dreamers” – young people here under the DACA program – could be deported.
Whether they’ve grown into adulthood or are still teenagers, many of these DACA recipients could be removed and sent away from the only life they know.
My hope is that others learn more about this program and defend DACA. The young people it protects are not criminals, but teenagers and young adults brought here in search of American opportunities.
The adults who brought them here may have broken the law, but punishing those not given the choice to move here is an unjust act upon humanity.
Garrett Reich is a Senior Reporter for Youth Journalism International.
***
You can help young writers have a voice with
your tax-deductible contribution to this nonprofit.
HelpYJI.org