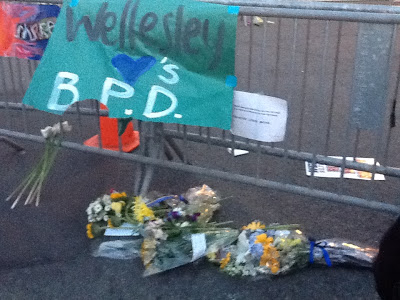 On Wednesday, visitors to the site of the Boston Marathon bombing on Boylston Street could see a view of homemade memorials to victims and tributes to first responders. (Yelena Samofalova/YJI)
MELROSE, Massachusetts, U.S.A. – Although I often visit relatives in Boston, the time we spent together this week after the bombing Monday at the Boston Marathon was eye-opening. 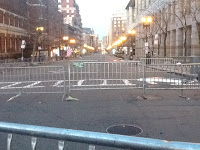 All the citizens tried to band together and show their strength countering the terrorist attacks. The two bombs that went off at the finish line killed three spectators, including an eight-year-old boy, and sent about 175 people to the hospital with injuries, many of them serious. 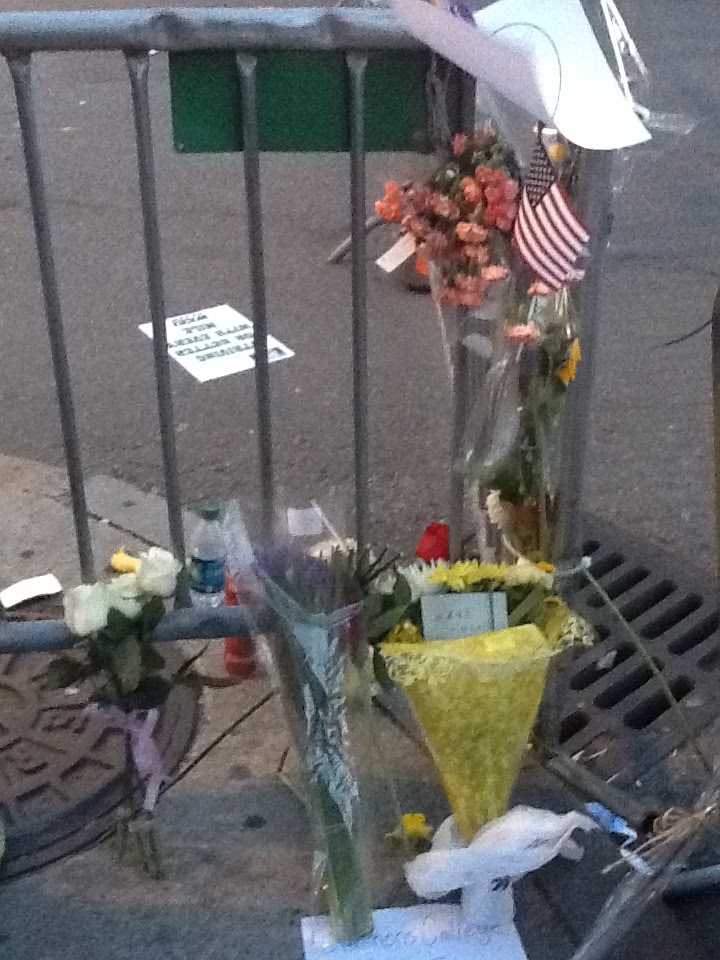 Memorials and tributes at the bombing site. (Yelena Samofalova/YJI)

Now the slogan “Boston strong” is everywhere, from T-shirts to signs near the highway. In addition to extra signs of togetherness in towns, police cars and even helicopters can be seen all over the city.

When I visited the Boylston Street site of the bombings, I saw more signs of Boston’s strength, with many bouquets and posters hung around a fence at the scene.
On Friday, Boston and several of its suburbs were locked down while a manhunt went on for one of two brothers suspected in the bombing.
The second brother died Thursday night in a shootout with police.
My cousin, living north of Boston in the small neighborhood of Melrose with his family, works in the city’s park. He was given a day off Friday. For now, we’ll be spending family time away from the horrible events in the city.

Editor’s note: On Friday night, the manhunt ended when the first suspect was taken into custody.

Yelena Samofalova is a Senior Reporter from Connecticut for Youth Journalism International. 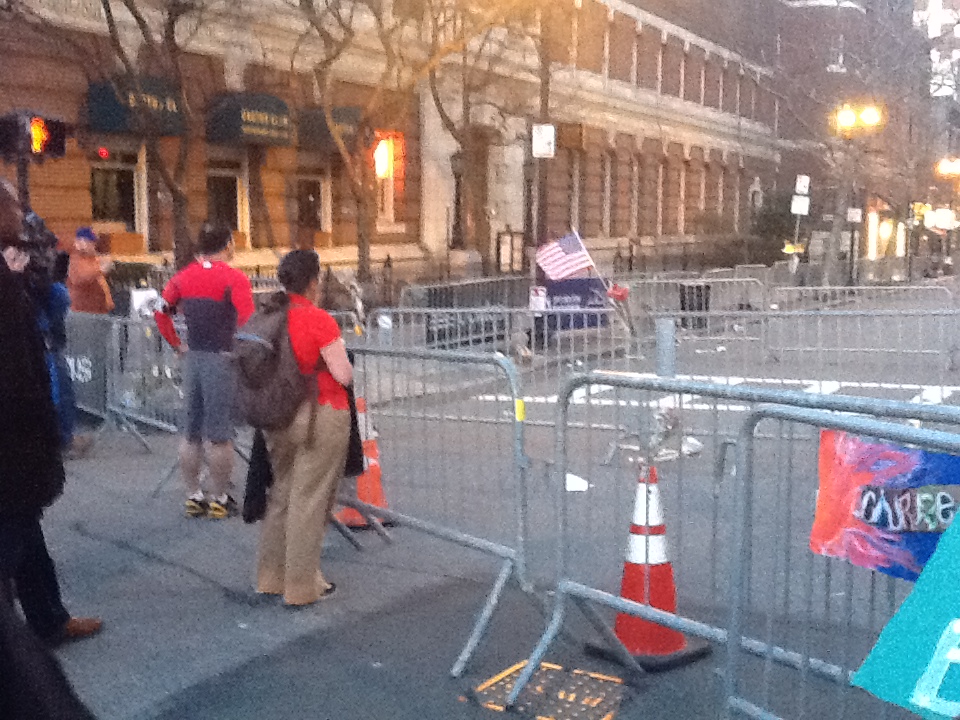 A view near the Boylston Street site of the Boston Marathon bombing on Wednesday. (Yelena Samofalova/YJI)