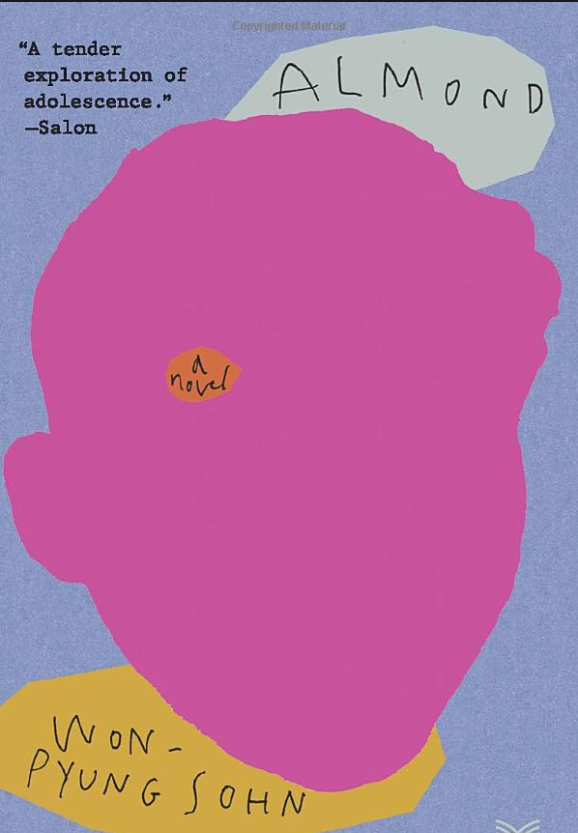 The cover of 'Almond.'

Dhaka, BANGLADESH – What would you do if you woke up tomorrow with the inability to feel any emotions?

Almond by Sohn Won-pyung is a beautiful story about a boy named Yunjae born with a brain condition that makes it difficult for him to process emotions. The story revolves around Yunjae, who with the help of his doting mother and grandmother, tries to navigate a world where he can’t perceive emotions.

His grandma lovingly calls Yunjae a monster for it.

I first got to know about this book from the reality TV show “In the Soop” where BTS band members RM and SUGA were seen reading it. For someone who’s always prying RM’s reading list – which is filled with hidden gems – I knew I would love it and instantly picked it up.

In the beginning, Yunjae’s mom catches on that something is wrong with her son when she finds that he is incapable of processing emotions like empathy and love.

When Yunjae was six, he saw a boy get beaten to death but was unfazed by the whole tragedy that unfolded right before his eyes. The first half of the book covers Yunjae’s little world where his mom and grandmother are at the heart of it and explores the nurturing relationship among the three in their happy world.

The story is set against the backdrop of Korean society and culture which gives us a glimpse of it in a more subdued way, like Yunjae’s mother who is a widowed single mother.

The story then progresses after a tragedy unfolds before the young boy and his world is turned upside down. He is left to live with a void and navigate a world without his mom’s help, where emotions are demanded of him every minute.

How would you take it if someone is supposed to feel angry at something but they are unfazed by it? Wouldn’t you call them weird? That’s what Yunjae’s life is reduced to in high school without his mom and grandmother.

He’s that ‘weird’ when he doesn’t have the same reflex reaction to situations like smiling or getting angry like the rest. There’s no one to teach him how to act in social situations anymore, no role models with his mom and grandmother gone. But he’s trying to be ordinary.

“Everyone thinks ‘ordinary’ is easy and all, but how many of them would actually fit into the so-called smooth road the word implied?” Yunjae says. “It sure was a lot harder for me, someone who was not born ordinary. That didn’t mean I was extraordinary. I was just a strange boy wandering around somewhere in between. So I decided to give it a try. To become ordinary.”

But then Yunjae bumps paths unexpectedly with Gon, a character who is the complete opposite of him— a troublemaker.

Yunjae was taught not to grab attention, but Gon catches unwanted attention everywhere he goes because of his troubled past. Gon is now an anguished teen who grew up in poverty and violence for almost all his life after getting separated from his family at a young age.

Fate somehow reconnects the disturbed teen to his well-off family and Yunjae. Everyone in his high school perceives Gon as a monster and resents him. That dynamic is what brings this book alive.

Gon, the second character, is desperately trying to avoid the pain left from his childhood tragedies that are now washing over him.

While some pages are filled with Yunjae’s calm and gloomy character tone, the others are filled with Gon’s anger and emotions which originate from a life full of tragedy. The tension between the two and their unlikely friendship is what sets the mood and makes it so poignant.

The alternating between the emotions of the two characters is compelling, and it’s what makes this book worthwhile.

Almond evokes a sense of sympathy for both the characters — one who is unable to feel emotions and another desperately trying not to feel them.

Sandy Joosun Lee did a terrific job of translating this novel from Korean to English.

Almond is a beautiful book about tragedy, bonds, and their intricacies when tangled with emotions. It leaves you with a heavy heart and emotions that you can’t quite decipher even after you are done with the last chapter.

For a book that focuses on a character unable to feel any emotion, every page is brimming with it.