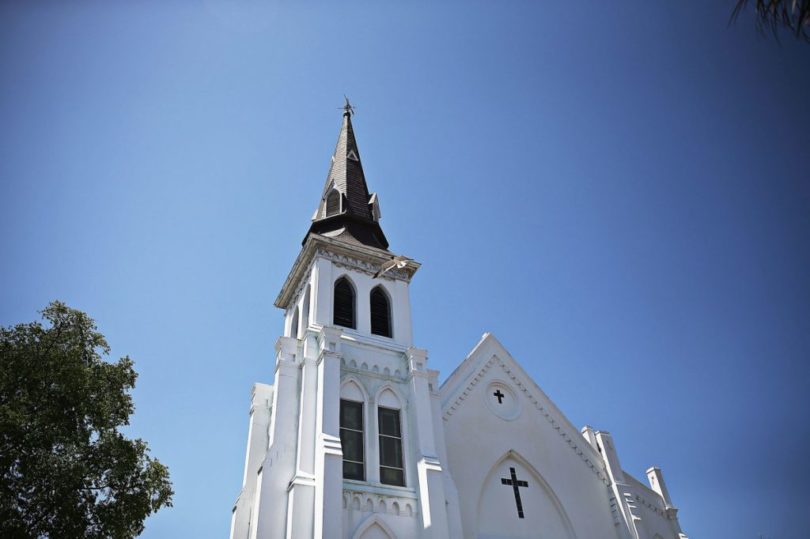 Emanuel African Methodist Episcopal Church
GLENWOOD, Iowa, U.S.A. – As it is, does there happen to be a context to pulling a gun on innocent people?  Or a context for pulling one in a church prayer circle because of the race of the worshippers?
In Charlestown, South Carolina this week, there was what many would call a “church massacre” when a gunman killed six women and three men.
Police arrested 21-year-old Dylann Roof for the murders. According to various media reports, Roof announced at the church that his intent was to kill black people.
This alone is a matter that must be discussed.  What is being taught in schools and households that white youth of America have the desire to shoot African Americans?
Putting aside the inclination youth might have towards guns and automatic weapons, what is happening in the United States that one citizen terrorizes others?
While Roof’s own mental health and personal background must be investigated, attacks like these also reflect back on the country and community where Roof was raised.
Over the past few years, racial issues have been a topic in our political arena.  Many in the Democratic Party claim that racial discrimination is still a problem, while many in the Republican Party say it is mostly non-existent.
But genocidal episodes such as these point to the conclusion that racial discrimination presides today.  And it’s not simply within those old enough to have a say in national party politics, but in our youth.
Despite the pain that overwhelmed Charleston, people in South Carolina did not fail to come together to support one another.
Alas, while a journalist has to stay unbiased in many conditions, days like these leave many a writer speechless.
The graceful beauty in the history of an African American church and the kindness the congregation offers to any man or woman who enters is extraordinary.  Despite the pain and sorrow that African Americans feel from the severe mistreatment and enslaving of their ancestors, many of them welcome strangers in with open hearts.
The Emanuel African Methodist Episcopal Church in Charleston was one of these congregations, as they received the gunman into their small prayer group with love.
The comfort that was once felt in African American churches before last Wednesday is now violated.  The natural human reactions of doubt and fear to any extremist attack such as this will no doubt be left in churches and other places of religion.
Just as slavery and racial discrimination was finally becoming an issue that could be discussed on a respectful level between two parties, it now becomes another matter entirely.
No longer can the people in the United States stand by to watch, absentmindedly, the pain that comes from senseless killing.
As a white teenage girl in a small Caucasian town in Southwest Iowa, the news from Charleston leaves me astonished and slightly dumbstruck.
I hear plenty about attacks like these and the impact they have on the families involved.  However, this has never happened to me personally, which leaves me looking on as a bystander at what I consider a terroristic strike.
This alone scares me because, as bystanders, most citizens in the United States get used to witnessing these shootings with a lack of feelings one way or another.
Further, to deny that the majority of those killed by guns are members of racial minorities is to be actively ignorant of modern issues.
The murder of these nine innocent people warrants action. In all honesty, there is never a context for a racist killing spree, whether it be in a street, a park, or a prayer circle of a welcoming church.
Garret Reich is a Junior Reporter for Youth Journalism International.
***
Your tax-deductible contribution can help support Garett Reich
and other students at this nonprofit at
www.HelpYJI.org