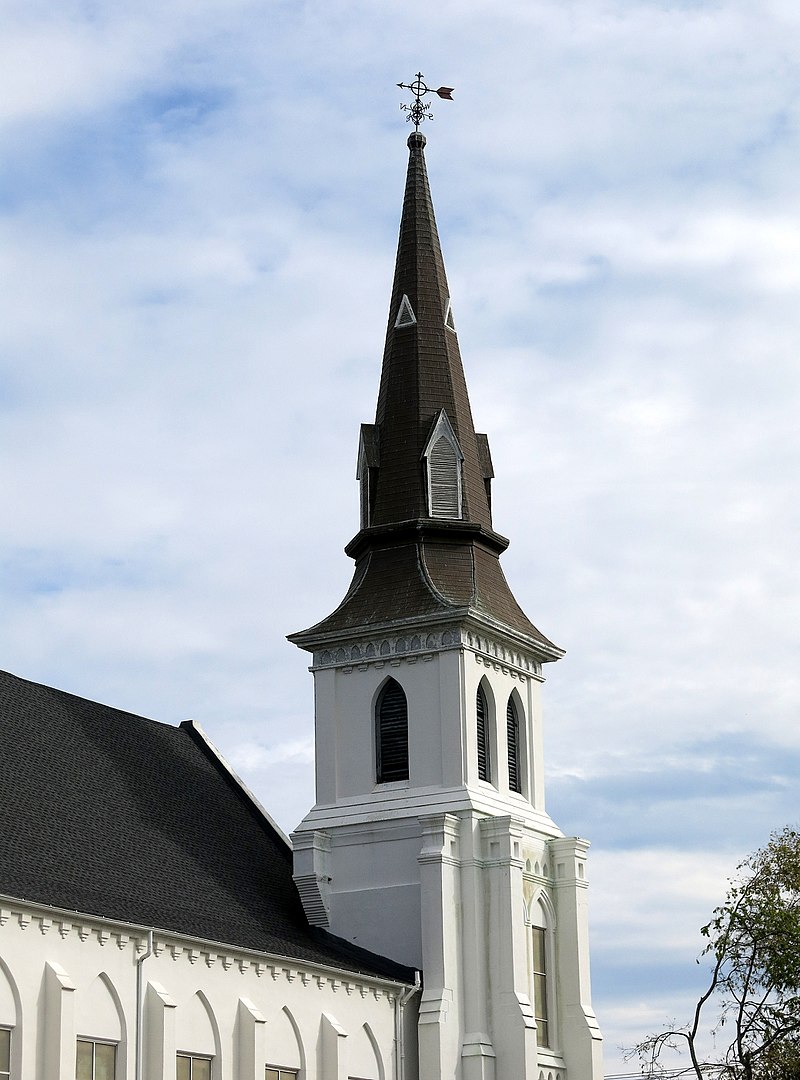 Emanuel African Methodist Episcopal Church
LONDON, United Kingdom – The world is reeling after a white gunman opened fire in a black church on Wednesday night, killing nine innocent people at a Bible study. We all have one question on our minds – what is the world coming to?

In 2015, the year when a transgender woman can appear on the cover of Vanity Fair and receive almost unanimous global support, you’d think people would have learned that there is so much more to a person than their skin color, gender, sexuality or nationality.
It’s a bitter pill to swallow, but the truth is, they haven’t.
The atrocity at the Emanuel African Methodist Episcopal Church in Charleston, South Carolina on June 19 broke what little trust people were starting to have in one another, and forced us to regress at least a few years.

The fact that the alleged gunman, Dylann Roof, 21, displayed anti-black propaganda on his Facebook profile is a warning that today’s youth aren’t as accepting as they seem. If one person can cause this much damage, how many more like him are out there?
We have to wonder where things went wrong. Although some people still struggle in accepting race equality, even traditionally white supremacist states like Mississippi have achieved full integration. This must mean that people are still encouraging their children to think that they are better than others just because they‘re white.
In the future, this is going to become a sickening cycle in which ethnic minorities are constantly targeted by a certain group of people.
Gun control laws aren’t doing much to help. Although the Obama administration has reacted to all gun crime and promised to do more to reduce it, yesterday was proof that it’s
not helping.
It’s time for the illegalization of firearms. The U.S. still hasn’t signed the Arms Trade Treaty, which says that nations must not export firearms. But the government has to do something – and soon.
Otherwise, how will we be able to answer future generations when they ask us why we allowed such things to happen?
I can’t help thinking maybe this is a wake-up call for all of us. Just earlier this week, the tabloids were splattered with stories of Rachel Dolezal, the woman who “identifies as black,” but is biologically white. She’s been condemned and ridiculed all over the world.
Perhaps this is the cosmic way of telling us, “Who really cares whether she’s black or white?” Maybe she should even be admired – in a world where such crimes are still happening, she’s found such love for a race that she doesn’t even biologically belong to. In that respect, when we’re trying to put labels on everyone, it’s hardly surprising that today’s youth can’t see
past the labels.
Sometimes you just wish you could tell these people, For God’s sake, you have a black president. Just get over yourselves.
It’s not that simple, but if everyone drops the labels, the haters won’t really have any choice but to do the same.
Jeevan Ravindran is a Junior Reporter for Youth Journalism International.
***
Your tax-deductible contribution can help support Jeevan Ravindran
and other students at this nonprofit at
www.HelpYJI.org

Jeevan Ravindran is a Senior Reporter with Youth Journalism International. Born in London to Sri Lankan parents, she was raised in both Britain and Sri Lanka and now lives in London.