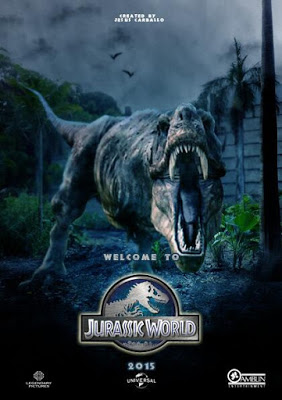 BRISTOL, Connecticut, U.S.A. – Kids love dinosaurs. Well, most kids love dinosaurs, anyway. That one simple fact is the reason why, after 22 years, Jurassic Park is still considered a classic movie.

The original Jurassic Park, released in 1993, tells the story of a rich scientist named John Hammond who uses biotechnology to bring dinosaurs back to life as exhibits in an amusement park. Long story short, things go wrong, the carnivorous beasts start hunting the people sent to scout out the island, and eventually a select few survivors leave on a helicopter, never to return.

Except for the fact that somebody decided to go back and reopen the park sometime during the 14-year break between 2001’s poorly received Jurassic Park III and this year’s Jurassic World, which critics are hailing as the one good sequel to the original Spielberg movie.

In Jurassic World, the park is open for business, and actually doing fairly well both attendance-wise and safety-wise. Our two main characters are two young brothers, Gray, played by Ty Simpkins, and Zach, played by Nick Robinson.

They go to the island to visit their Aunt Claire, played by Bryce Dallas Howard, who actually oversees much of the park’s operations. Her ex-boyfriend Owen, played by rising star Chris Pratt, also works at the park, training a pack of raptors to follow his command.

The acting in this movie, unlike the other three Jurassic Park movies, is fairly solid. The characters are nothing revolutionary, but none of the dialogue feels forced or unnatural.

But no one watches a dinosaur movie because of the humans. (Well, except maybe me and a few other people.)

Most people who watch dinosaur movies want to see dinosaurs. Fortunately, Jurassic World has dinos in abundance, as well as extinct sea creatures and flying reptiles because that way, nowhere is truly safe once all hell breaks loose. That is not a spoiler, by the way. In movies like this, hell ALWAYS breaks loose.

At its heart, Jurassic World isn’t aiming to be a Best Picture nominee. It knows what the audience came for. Dinosaurs. People getting eaten. Action. Car chases. Explosions.

If you’re worried about being bored by deep philosophical discussions of ethics and safety – which , fair warning, happens a few times – don’t worry. All of that stays off to the side to focus on the giant flesh-eating beasts that roam the island.

If you’re a fan of high art, then you’ve come to the wrong place. I enjoyed this movie a lot, but if you don’t like action movies, then you’re not going to like this.

But if you appreciate high-stakes chases and innocent people – as well as a few selfish or stupid characters who we all wanted to see get the ax – getting terrorized by creatures that should have died out 65 million years ago, then Jurassic World is one thrill ride you won’t easily forget.

And who knows? Maybe you actually will start thinking about the ethics of raising dinosaurs. Before you shrug off the notion and go back to munching on popcorn while a giant hybrid dinosaur runs amok.

Alan Burkholder is a Senior Reporter for Youth Journalism International.