SPARKILL, New York, U.S.A. – The famous film The Breakfast Club this year celebrates 30 years since hitting theaters in 1985. The film will be shown in select cinemas across the country towards the end of March for a limited time.

Directed by John Hughes, this iconic film stars Molly Ringwald, Judd Nelson, Emilio Estevez, Judd Nelson, Ally Sheedy and Anthony Michael Hall.
It is the story of five teenagers who all earn a Saturday morning detention for different reasons. Claire Standish, played by Ringwald, is a popular princess with a wealthy father. John Bender, played by Nelson, is a trouble-making criminal who has had detention countless times.

Estevez’ character Andrew Clark is a strong and successful athlete. Allison Reynolds, played by Sheedy, is a lying basket case. Hall plays Brian Johnson, a brain who is also an active member of the physics club.
Together, they make an unlikely group. You see them cause trouble, make jokes and talk about their parents.
The plot is still relevant, even 30 years later. Teenagers still have problems with family and friends and trying to figure out who they truly are. Kids will still have those same problems 20
years from now.
I think everyone can find at least one character in the film that they can relate to, if not more than one. Each character is different and lovable.
The Breakfast Club is one of those movies every person should watch at least once. It shows what people in high school are really thinking and how they really feel.
This movie will make you laugh until your stomach hurts. I’ve shown it to many of my friends and not one of them has bashed it.
It’s the type of film that you should show your children and even your grandchildren.

Funny, relatable, deep and most of all, The Breakfast Club is timeless.

Hannah Amaral is a Junior Reporter for Youth Journalism International. 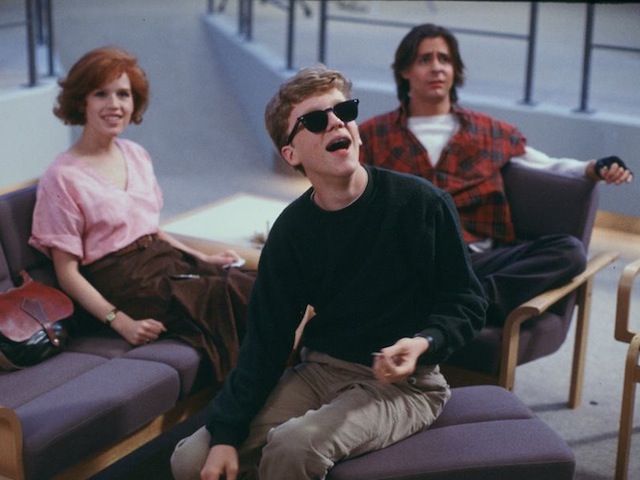 ***
Your tax-deductible contribution can help support Hannah Amaral
and other students at this nonprofit at
www.HelpYJI.org