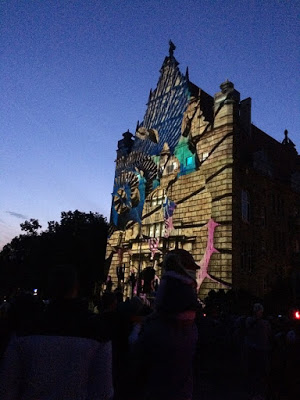 One of the art installations at the Bella Skyway Festival, a lights, art and music fest now going on in Toruń, Poland. (Joanna Koter/YJI)
TORUŃ, Poland – Although Toruń is a popular tourist destination all year round, there is one week in the summer when its streets are filled to the brim until well after dawn.

You can walk around the Old Town all lit up and resounding with music, and all restaurants and bars are open longer than usual. This is because every year since 2009, the city hosts an international festival of light called Bella Skyway Festival.

This year, the festival is taking place over six days. It began Tuesday August 22nd and ends today, Sunday August 27. 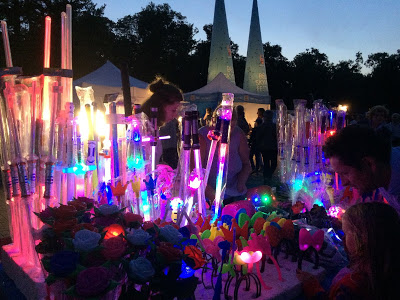 Tourists and locals visit the light festival throughout the night in Old Town, Toruń. (Joanna Koter/YJI)

The festival centers on the numerous pieces of installation art involving light, sound, and shapes. Artists from Poland and abroad prepared the installations.

The most popular art at the festival are colorful three-dimensional videos displayed on walls of
historical gothic buildings, accompanied by music.

Other work is also interesting and draws attention to some of the problems encountered by our planet in the 21st century. There are fluorescent puddles (H2SO2), which pinpoint the problem of contaminating water with toxic chemicals. 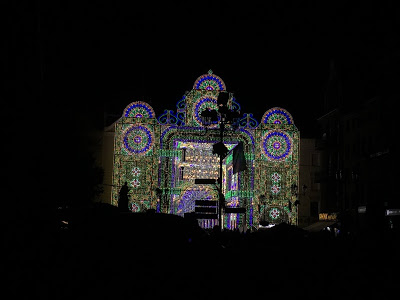 One of the most popular types of art at the festival are lights projected onto Gothic buildings. (Joanna Koter/YJI)

Another shows a futuristic gathering of brightly lit animal figures (oZoo), representing a new form of life which arose on Earth in the 23rd century, feeding off the remains of plastic left behind by humans.
The festival is incredibly popular both among tourists and Toruń residents.

Locals have an opportunity to see their city from a different side, as perhaps not everyone walks around the Old Town after dark.
Skyway also brings great revenue to local businesses, and new stalls pop up selling light toys and accessories, neon bracelets and hats, and various kinds of fair-style snacks.
The Bella Skyway Festival has become a compulsory part of Toruń’s cultural program for the year, and it will definitely prepare something great for next summer, when it will be celebrating its 10th edition.
Joanna Koter is a Reporter for Youth Journalism International. 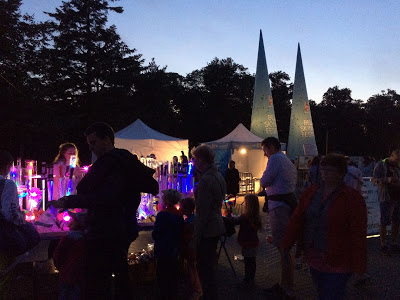 ***
You can help YJI students like Joanna Koter
light up the world with their work. Make a contribution:
HelpYJI.org