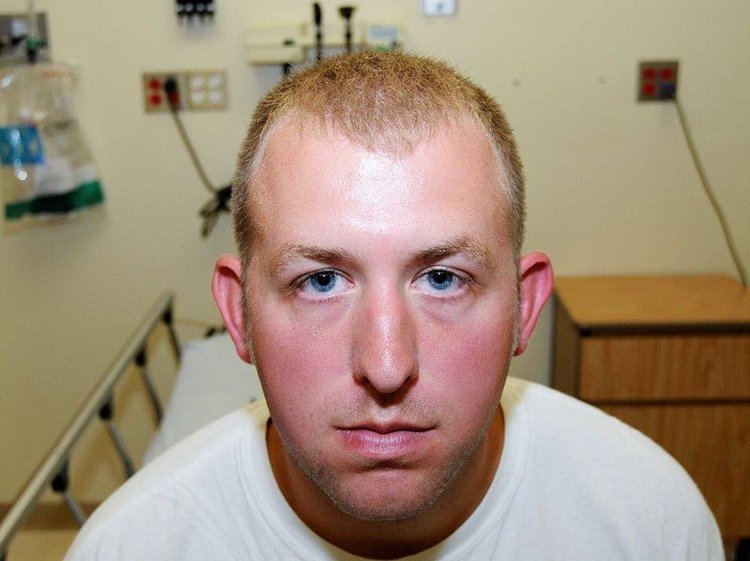 Officer Darren Wilson (St. Louis prosecutor's office)
OAKVILLE, Missouri, U.S.A. – They wait. The citizens of Ferguson and protesters around the United States wait for the grand jury to make a decision whether to charge Officer Darren Wilson in the shooting death of teenager Michael Brown last August.

As the grand jury makes a decision whether to charge Wilson, both the Missouri National Guard and protesters in Ferguson and other cities across the United States are preparing for what is to come.
On Monday, Missouri Gov. Jay Nixon declared a state of emergency, activating the state highway patrol and the Missouri National Guard to help maintain order in the St. Louis region when the grand jury announces its decision.

It is no wonder why everything is a mess. It seems that the government wants to protect citizens against police brutality by letting the
police use brute force against the protesters. Though the protesters are violent and often get out of hand, they are standing up for what they believe in. Whether the grand jury decides to indict Wilson in Brown’s death or not, this will change history for better or for worse.
If Wilson is not charged, violence will break all across the country – starting with Ferguson. It is possible that it will be even worse than the August outbreaks after Brown died.
Though the protesters have settled down, they have not gone away and have been lingering, waiting for the grand jury’s ruling, which could range from intentional murder to a far lesser charge of manslaughter.  What makes it worse is that Ferguson Chief of Police Tom Jackson said in media reports last week that Darren Wilson will “immediately” report back to duty if the grand jury does not indict him.
Because of this, tensions will only grow higher and put both protesters and Wilson in extreme danger. It was not a smart move to report this to the public just days before the grand jury’s decision.
If Wilson is indicted and charged with a crime, then it is possible that tensions will die down. Of course, there will always be pressure between citizens and police, but laws may be passed to change that.
It might be better if Wilson is charged with a crime – he might be safer in jail than anywhere else he would be if he is not charged at all.
Though it all comes down to the evidence, I believe that it would be better if he was proven guilty for everyone’s sake and safety. Violent protests would be less likely to erupt and fewer people would get hurt in the mess of it all.
Until there is a conclusion, there is no way to find a possible outcome for the situation. It is likely that there will be violent protests that erupt no matter what the grand jury does.
As the moment of decision – at least as far as the grand jury goes – in the Brown case approaches, it seems as if the city of Ferguson and African-American groups around the nation are a ticking bomb. Though Ferguson already had an outbreak in August with police using tear gas and rubber bullets at protesters, there is a good chance that the protests will be much worse if
Wilson is not charged, especially if he immediately reports back to duty. The chief’s stance sends a message that police brutality, even if Wilson did not commit that act, is okay.
It is good that the African-Americans and others who are supporting Brown are standing up for themselves against police brutality. Someone has to stand up against the injustices of this world and the voices taking a stand need to be heard.
The trouble is not all police officers, either, but the select few who abuse their power. Most policemen and women are out there risking their lives to protect their community, and I respect that.
For the sake of the United States, I hope that Wilson is charged in Brown’s death, because if he is not, 50 years of tension will break throughout the nation.
Sydney Hallett is a Reporter for Youth Journalism International.
***
Your tax-deductible contribution can help support this nonprofit at
www.HelpYJI.org