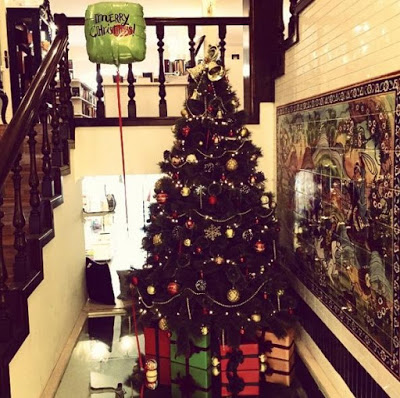 A Christmas tree next to Iranian tiles in a bookstore in Tabriz, Iran. (Frida Zeinali / YJI)
TABRIZ, Iran – Though Iranians do not celebrate Christmas at all, the people of the Armenian Orthodox minority celebrate it. 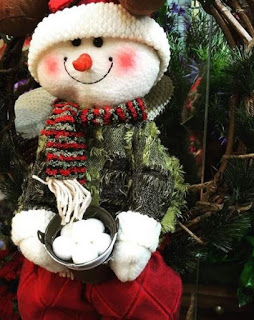 A snowman doll under a Christmas tree in Iran. (Frida Zeinali/YJI)

According to the World Council of Churches, the largest Christian group in Iran is the Armenian Apostolic Church.

Overall, Christians number less than 1 percent of the Iranian population.
With a population of more than 300,000, they’re the second largest non-Muslim minority here.
Shop owners said that due to restrictions, they prefer not to do something special in public for Christmas.
Frida Zeinali is a Junior Reporter for Youth Journalism International.
***
Your tax-deductible contribution helps the students
served by this nonprofit.
Thank you for your generosity.
www.HelpYJI.org