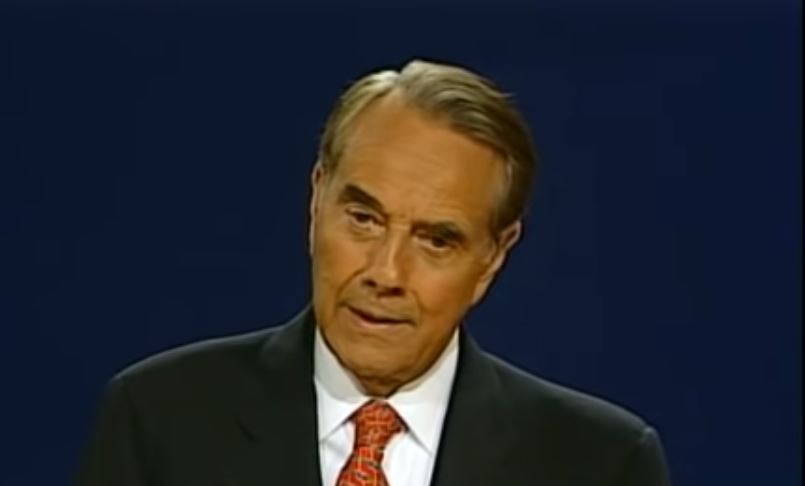 Hartford, Connecticut, U.S.A. — A lot of teenagers will tell you that if they could vote, they would never vote for Bob Dole.

Of course, in the true American equality for all, age shouldn’t make a difference. But, even though I reject the ignorant youth thinking that Dole’s just going to croak on us, I think I have to agree with them.

Dole may just be too old for me.

All different age groups tend to have the same agenda of others in their age group. Or at least be concerned with some of the same issues.

If that’s true, then neither of those candidates for president could even come close to representing me, since they are middle-aged or elderly and I am a teenager.

Particularly not Dole, considering we seem to be at opposite ends of the age spectrum. In fact, he’s over half a century older than me.

The other way that people are influenced in the way they think is by the experiences that have when they are growing up and throughout their lives.

But, again, as a teenager, I’m only really concerned with their younger years.

It’s hard for me to believe that a person who grew up during a time when America was involved in World War II could even begin to understand the issues that concern today’s youth.

Clinton’s youth was at least in part similar to ours today.

Republicans may bash him for his little “I didn’t inhale” mistake, but that proves one thing: Clinton went through what lots of teenagers go through everyday. Even if he did try marijuana, at least he would be a president who was faced with it, tried it, and decided that he had better things to do with his life then waste it away with drugs.

Instead of the bad influence to youth that his opposition would like to portray him as, Clinton instead comes off as a person who understands the peer pressure and opportunities that are present in today’s society because he went through it himself.

Dole’s “just don’t do it” attitude proves that he doesn’t understand the real grip the drug culture has on society’s youth.

If Dole ever had contact with the drug world, he would know that just not doing it is harder than he could know. It’s a very comfortable chair that he sits in saying that, probably never having been confronted by someone offering him drugs.

Let’s face it, age has always been an issue in America.

If age means so much as a person grows up, then how come after a person turns 21, thus becoming a full-fledged citizen with all constitutional rights, it suddenly shouldn’t matter?

Wrong or right, age discrimination has been a part of my life and those of my peers as long as I’ve been considered a teenager.

Maybe Dole has something in common with teenagers after all.