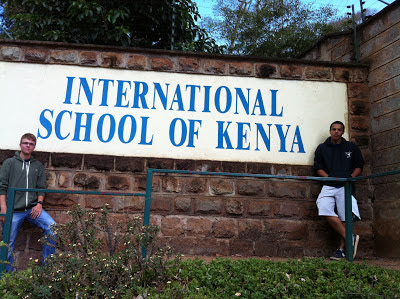 Junior Reporter
Youth Journalism International
NAIROBI, Kenya –  “The 2007
Kenyan Elections was by all definitions a scandalous abuse of power, matched
only by the ethnic hatred, an appalling disregard for humanity and a product of
the deep corruption in an already dysfunctional government.” – Dr. Bruce
Lawson-McDowall, PhD, British Department for International Development
Assuming you have read the first
sentence – and yes, it’s my dad who said it – I’m certain you will have
retained a general understanding of the violence and its repercussions in the
Kenyan elections next week.  But something I am also aware of is that this
is only a general understanding, a mere familiarity with such events.

Many may lack a detailed knowledge
of the true audacity and reason for this horror. There are many possibilities
and outcomes for the new elections in Kenya. Yet the March 4 vote is already
tainted and strained by Kenya’s former violence and tension six years ago.
In order for you to understand, I
think it’s important that international readers comprehend the corruption
perpetrated by the leaders and figureheads who fomented this violence.
In 2007, Mwai Kibaki won the
presidential elections. Kibaki had already been president since 2003, and in
his initial selection, was considered a major decisive force in Kenyan
Democracy.