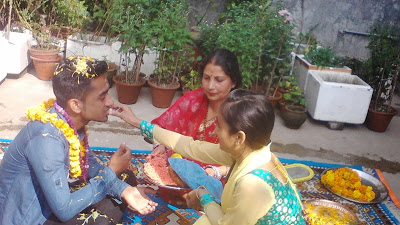 Junior
Reporter
Youth Journalism International
POKHARA, Nepal
– Every year I used to celebrate the Nepalese festivals of Dashain and Tihar
festivals in my own home, but this year took a different turn. 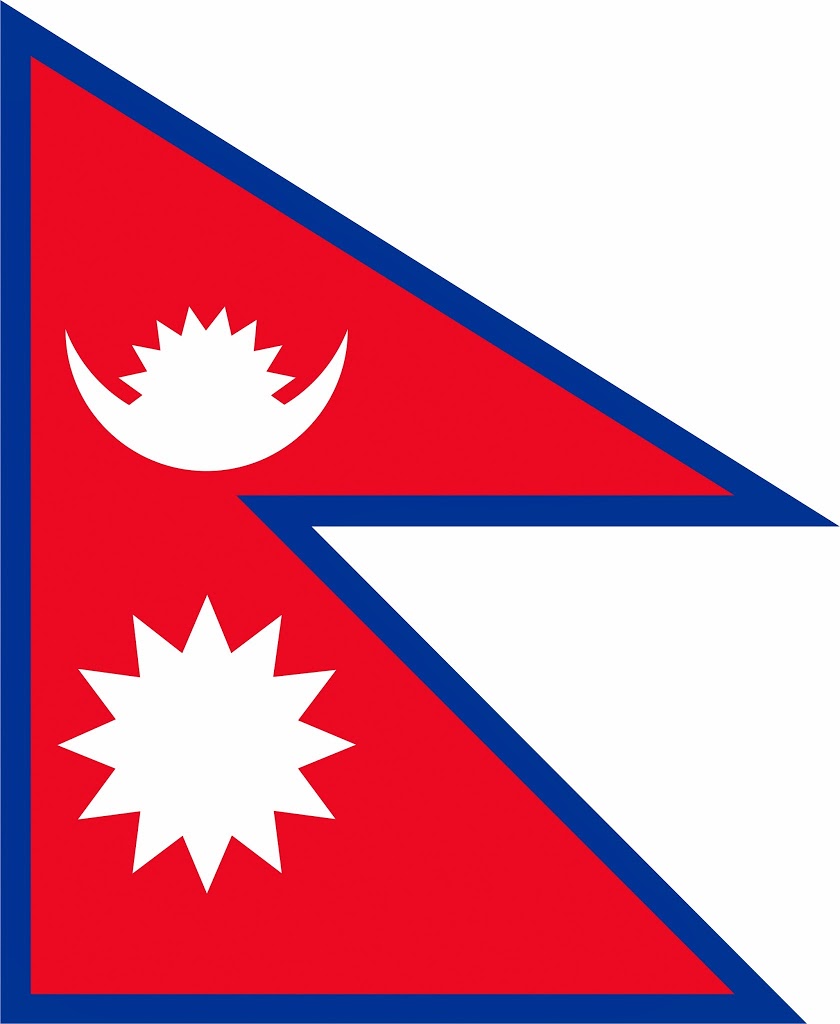 The
festivals, which usually fall during the harvest time, are when I get to spend
a whole wonderful month with my family in our village of Bayarban in eastern
Nepal. My parents, sister and I have fun playing cards, eating delicious foods –
we usually sacrifice a goat – and playing on the swings.
Part of the
tradition of Tihar, which lasts for three days and is also called the festival
of lights, is applying tika. Tika is a mixture of rice, curd and red powder
and, applied to the forehead, represents the third eye.

During
Tihar, brothers and sisters travel to each other’s homes to honor each other.
My father usually travels to his sister’s house. For this holiday, the tika is
special – multi-colored and applied through a hole in a leaf.
I used to
receive tika from my parents during Dashain and go to my grandparents’ house,
where many family members would gather to celebrate the holiday. There, my
sister and I received tika from our family.

This year
too, Dashain went as usual but Tihar, which we celebrated early this month, was
different, because my father gave me an important new role.

He asked me
to travel to his sister’s home for Tihar since he wasn’t well enough to make
the journey.
“Son, this
year I want you to go to your father’s sister’s house to receive a blessings on
Tihar,” my father said to me three days before the festival.
He tried to
explain.
“As you
know, she hasn’t received tika from anyone on Tihar since a decade. And this year,
too, I couldn’t go to Pokhara from here terai on bus having the journey of 13
hours. My blood pressure and sugar level is not in balance condition. So you
have to go to Pokhara this time.”
I was
surprised and shocked to hear that I have to go back to Pokhara before my
holidays ended.
As I have
been staying there since a year, it won’t be good to leave my aunt’s forehead
bare and without tika during the auspicious occasion of Tihar.
I study
science in Pokhara in the western part of Nepal, where my aunt lives, as there
are no science colleges nearby my hometown.  But she couldn’t go to my house on Tihar
because many relatives visit her home during the festival time.
So my father
told me to return and my journey to Pokhara was set for two days before
Bhaitika, which is an important day of the festival for brothers and sisters.
Then I
realized that, with me traveling, my one and only sister would have no one to put
tika on if I left her alone at home on Tihar.
So I talked
with my parents and sister and arranged to take my sister along with me to
Pokhara. She was very happy to hear the news that we would be celebrating Tihar
in Pokhara – and making a trip together as well.
Our parents
made all the arrangements and bought bus tickets, gifts for his sister and
other items. I packed my clothes and books and met up with my friends since I
wouldn’t be able to see them after Tihar.
That night,
my sister and I left on the bus.

I felt proud
and grown up. I know I am capable of taking my father’s role and participating
for him in his absence.

But at the
same time, I couldn’t help feeling unhappy and upset about leaving home without
celebrating Tihar, Nepal’s second biggest festival.
The holiday
hadn’t ended and I was leaving my parents alone in their home with memories of
the Tihar festivals of the past.
With my one
and only sister, Nishma, I used to celebrate Tihar peacefully, at our family
home. But in Pokhara, I knew there would be many people and relatives there and
still more coming to receive tika.
I was
feeling quite uncomfortable too, because in my hometown, Nishma and I played
Bhailos and Deusis, a custom of going from one house to the next, singing
holiday songs, with friends. But they don’t do this in Pokhara.
My sister
and I arrived at Pokhara early the next morning and went to my aunt’s home,
where we spent an enjoyable day eating meat and bread called rotis and playing
cards.
Later, we
went with our cousins to enjoy the evening in Lakeside, which is the tourist
area of Pokhara and filled with restaurants and hotels. We spent about four
hours watching Bhailos and other dancing programs organized for Tihar.
Besides all
that, the houses in Pokhara are decorated with lights, which surprised me and
made me happy. As my home is in a village, I’d never seen such amazing decorations.
Finally, the
holiday felt great.
Though I had
lingering sadness that I couldn’t celebrate Tihar at home, I felt grown up and
proud of the responsibility my father had given me and the trust he had in me.