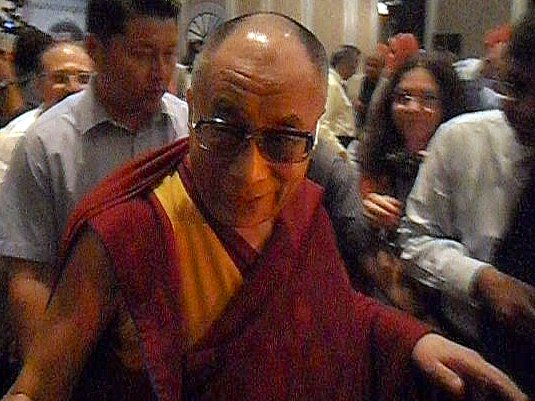 MUMBAI, India – With a wave of his hand, the Dalai Lama said that his generation “is ready to say goodbye” after living through a century that became “the center of bloodshed.”
The Dalai Lama, 75, told Youth Journalism International that those who are under 20 today belong to a new century that “should be the center of dialogue” so that it can be more peaceful for everyone.
“We must try to solve these problems through dialogue. That’s the human way,” the Nobel Peace Prize-winning Tibetan spiritual leader said during a recent visit to Mumbai.
The Dalai Lama said “the new shape” the world will take is on “youths’ shoulder.”
“You should have realistic vision. That’s very important,” he said.

Click here to read the rest of Pushkal Shivam’s coverage.

Follow this link for a full transcript of the exchange between Youth Journalism International’s Pushkal Shivam and the Dalai Lama.

Pushkal Shivam is a Senior Reporter for Youth Journalism International.