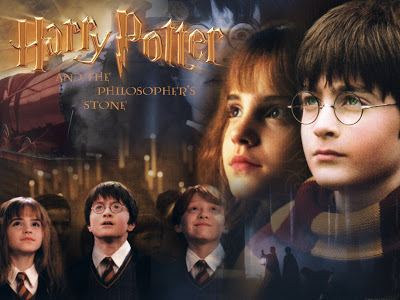 GENOA, Italy — I remember my mother buying Harry Potter and the Philosopher’s Stone for me when I was a kid, in a small bookshop which seemed to me a sort of magic labyrinth.
It was still one of the first Italian editions, with its nice-smelling pages and its green shades on the hard cover, and nobody had the idea that its protagonist would become an icon to an entire generation.

I read it in a day and asked for more – as I did for all the seven books. I waited for with the impatience similar to the Christmas Eve for children, even when I was not a kid anymore.
A shelf of my bookcase is reserved for Harry Potter, both in English and Italian, and even a volume in French. I read and reread them, never getting bored.
The first Potter movie was a nightmare to me.
I was ten years old and the face of Voldemort haunted my sleeps for days, but held a great fascination on me.
My parents bought me the VHS tale of the movie for Christmas and I watched it several times, admiring and envying the young actors who had the privilege of becoming my heroes. I didn’t like all the movies, but in the end I can tell they all are good films.
It’s not easy to put such a complicated and beautiful saga on a screen.
Last night, I finally decided the time to watch the last chapter of Harry Potter’s adventures had come. I did so with a bit of a scare, exactly as I did when I had the last book in my hands, waiting to discover how the things would finally end.
I knew I would cry – I’m the girl who still cries for the Lion King and Bambi, shame on me) – and , of course, I did.
I know it may sound exaggerated to those who are not into the story. Books are books and movies are movies … but for many of my generation Potter is more than a fictional character
He grew up with me and I remember reading the books at school, hiding them behind the big and boring biology book and not telling my mates what was happening in these magic pages, in order not to damage the surprise.
In fact, it is not surprising that the public of the Deathly Hallows was formed more by guys in their twenties than by kids.
We all wanted to see it happening on the screen. We all wanted to feel, with a bit of a shameful commotion, what I like to call “the end of an era.”
Finally, it is time to grow up, still dreaming of that letter from Hogwarts we never got.
Eugenia Durante is a Senior Reporter for Youth Journalism International.