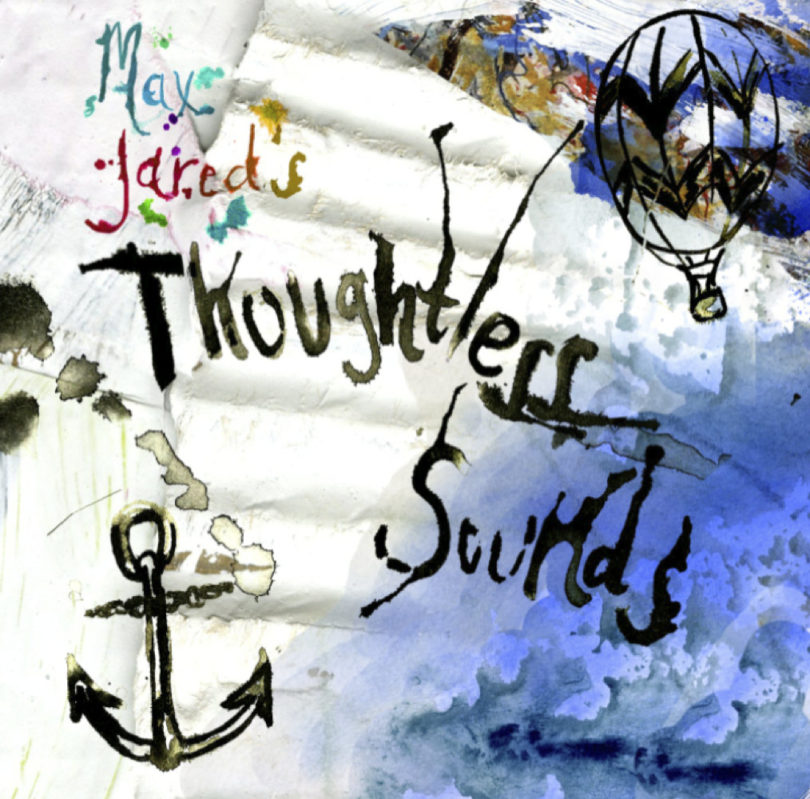 HOUSTON, Texas, U.S.A. — These days it seems technology is taking over our lives to the extent that Facebook can be considered the leader of the free world.
It seems we are increasingly disconnected from our purpose on this Earth is.

But  Max Jared, one of the more dedicated musicians you have never heard about, aims to change that via his debut album, Thoughtless Sounds.
Three of the songs on the album show this more positive worldview and the role it plays in his songs (“We’re All Connected,” “Roots,” and “Unify”).
Two songs pose questions that are somewhat difficult to answer – such as “How do you hold on to life,/When it, won’t seem to hold on to you?” – in “Coming Home” and “Asaf Ramon.”
Most of the songs, however, feature lyrics discussing relationships and impacts they have on him or others, if the bonus track “Oh I Love You” didn’t make that obvious enough.
That’s not a bad thing.
“Talk,” which falls into this last category, is easily the catchiest song on the album. Jared just wants you to “Talk to me,” and after listening to this song, I would be banging his door down just to get a glimpse of the guy.
“The Effect” is a sadder song with an effective guitar solo; and some hauntingly delivered lyrics (“Don’t you see,/how you’re affecting me?”).
The album’s opener, “We’re All Connected,, preaches “We must respect one another,/Even the trees as our brothers/How do our actions reflect,/The teaching that we’re all connected?”
If you haven’t been the most tolerant person on the planet, don’t worry, after all “we’re still young/And…you can [change the world].“
In “Roots,” Jared reminds the listener that “Our generation will soon be the world/So what kind of change comes with it?” Even when questioning people, Jared remains encouraging.
“Unify” continues the connection theme, referencing “We’re All Connected,” while also featuring the most elaborate and thought-out lyrics on the album. Jared communicates his feelings with this song, and he does so nicely; this is the song where he lets it all out, if you will. He confronts superficiality in people who “keep your thoughts locked in a room,/And never let them leave….tell yourself that you’re okay but you don’t live that way … [and] talk about everything, yet…say nothing.”
If you enjoy wordy, sophisticated songs, “Unify” may be the right choice for you.
Meanwhile, if you prefer a more relaxing, soothing song, “Coming Home” is right up your alley. Though it can be uncomfortable for one to contemplate the future, you can always ease up and remember sooner or later you’ll be in a familiar place. A fiddle compliments this message beautifully.
While some may dismiss “Oh I Love You” as being a trite, cheesy song in part because it is a bonus song on the album, its overwhelming strength (besides the … no, it’s not a keyboard … or a piano … perhaps a celesta, that introduces the song?) is its brutal honesty: “Sometimes I call the machine,/just to hear your voice/And even when I don’t want to, I have no choice.”
“The Way You Look Tonight” discusses hiding emotions and masking true feelings behind a smile. While it one of the weaker songs here, it is still a nice one to hear.
Naturally, Jared’s debut isn’t perfect. Despite its name – and Landon Austin’s mollifying voice – “Perfect Story” falls flat, with lyrics growing weaker toward the end.  Its chorus doesn’t seem to have the same vibe, if you will, as the verses, changing gears unsuccessfully.
“Asaf Ramon,” the angriest song on the album, begins strongly, but after the first chorus, it becomes limp. A shaky ending only exacerbates this feeling. Jared’s seeming insistence to end every song on a positive note does not work to his advantage here.
While Thoughtless Sounds may not be your cup of tea, it certainly is mine. The great majority of songs are pleasing.
The one inconsistency I don’t like is the fact that the snare drum explodes every time it is hit. This can be easily overlooked, however.
Jared’s instrumentation may be a tad unusual, and funky-folk-pop will not garner an easy award at the Grammys, where over-hyped, over-synthesized, auto-tuned music reigns supreme in the forms of Katy Perry, Bruno Mars, Lady Gaga, Rihanna, Nicki Minaj, Cee Lo Green, Duck Sauce, Deadmau5, Wiz Khalifa, Kanye West, Taylor Swift, and Adele.
Jared has a huge amount of potential, though, and with some exposure he could be winning an award for Album of the Year in a short amount of time. Give him a chance. You won’t regret it.
Thoughtless Sounds is available on April 20 for download and on April 24 on disc.
Eli Winter is a Junior Reporter for Youth Journalism International.