By Bwette Daniel Gilbert
Reporter
Youth Journalism International
KAMPALA,
Uganda – About 650 members of parliaments and other government leaders from
around the world gathered recently for the 126th inter-parliamentary union
assembly in Kampala.

Representing
more than 120 parliaments as well as regional and international organizations, the
six day conference that ended earlier this month sought solutions to common
concerns under the theme “Parliament and People: Bridging the Gap.”
The
gathering devoted considerable attention to the situation in the Middle East
and called for an immediate end to violence and protection of human rights in
Syria, where government forces have killed thousands of protestors in recent
months.
Delegates
from Egypt, the United Arab Emirates and Canada successfully urged their fellow
policymakers in this assembly to  join
them in the effort to find peaceful and democratic solutions in the Syrian
conflict.
The
conference also resolved to make improved health care for women and children a major
world priority. 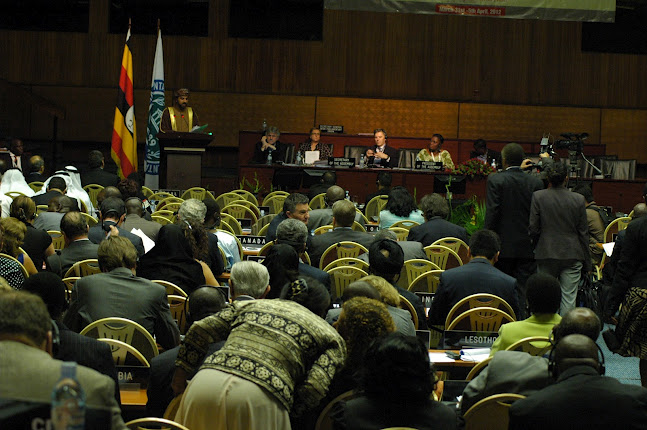