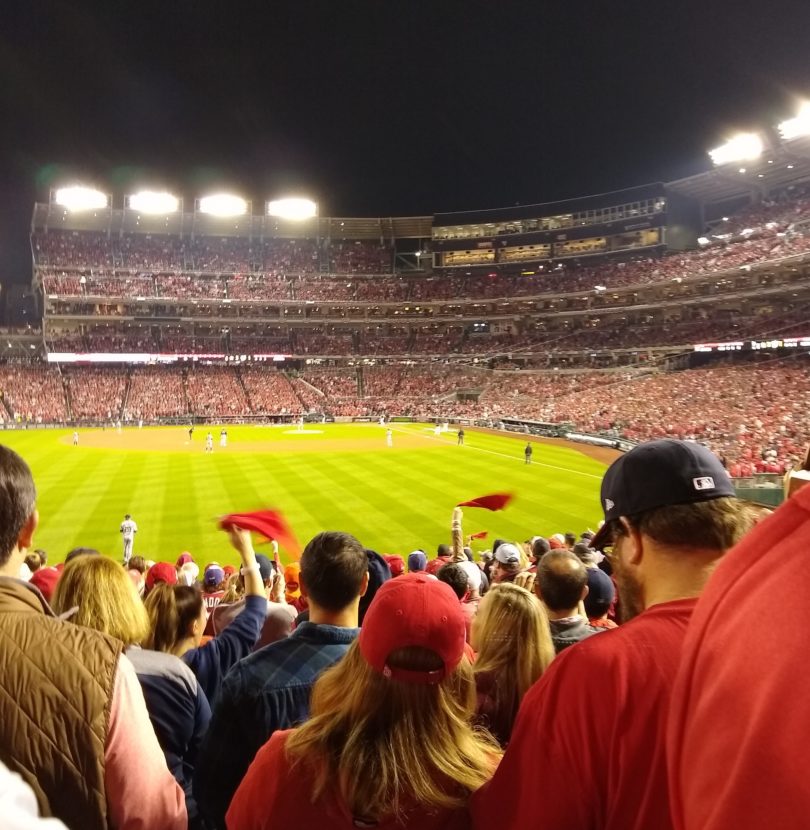 The Houston Astros playing against the Washington Nationals in Washington during Game 3 of the 2019 World Series, the first game played in Washington. (YJI photo)

They’ve been a baseball team for 57 years. For the first 54 years, they didn’t win a single World Series. But then, in their 55th year, they won. And two years later, they got back into the World Series. Who are we talking about? The Houston Astros.

When they won in 2017, it was a cause for intense city pride. A team that had been mediocre at best since its founding had all of a sudden bulldozed past famous teams like the LA Dodgers to win it all.

It extended far beyond baseball. The Houston Independent School District cancelled school to allow everyone to go to the celebration parade (the move was criticized by parents because it was on very short notice, but as a student I can testify that kids loved it).

So, when the Astros entered the World Series for a second time in just three years, the city was hopeful. We had, again, beat world class teams like the Yankees.

Morale was high going into the Series, with fans still feeling the elation from the victory against the Yankees.

But that soon fell as Houston lost both home games – there was a chance of them losing 4-0 in Washington.

The headlines after those first games were all negative – stories were headlined, “Astros Go Into World Series Too Cocky,” and the like.

But that low resolved itself. The Astros won the next three games, and then the Nationals won one, tying the Series at 3-3. Oddly, each team had won all of their away games and lost all the home games.

Students, remembering the day off from two years ago, were as hopeful as anyone.

“Tonight’s game determines everything, including whether or not I have to take my chemistry test on Friday so a lot is on the line,” Kyle Knightly, a sophomore at Houston’s Carnegie Vanguard High School, said Wednesday, the day of Game 7.

Unfortunately, that day off won’t come. The Nationals cleanly won the last match, 6-2. The Astros lost.

However, although no one was happy about it, Houston doesn’t see it as the end of the world.

Our sports teams have always been on the brink of fame, but never quite made it—compared to other big U.S. cities, we have a pale history. No team in Houston has achieved attention like the Chicago Bulls or New York Yankees.

Our basketball team, the Houston Rockets, haven’t won a championship in over 20 years. The Texans, a football team, are the only franchise to have never appeared in a conference championship game.

But the Astros are starting to give the city a new beacon of hope for getting nationwide sports fame. Before 2017, they were mediocre, but with two World Series in three years, that seems to be changing.

Their win/lose ratio has been steadily improving since 2011, according to Major League Baseball, and so has the audience at their games.

Houston is mourning the loss of a World Series title that seemed so in reach. But next year will be another opportunity, so for now, we congratulate the Nationals on their first title, and start studying for our chem test.